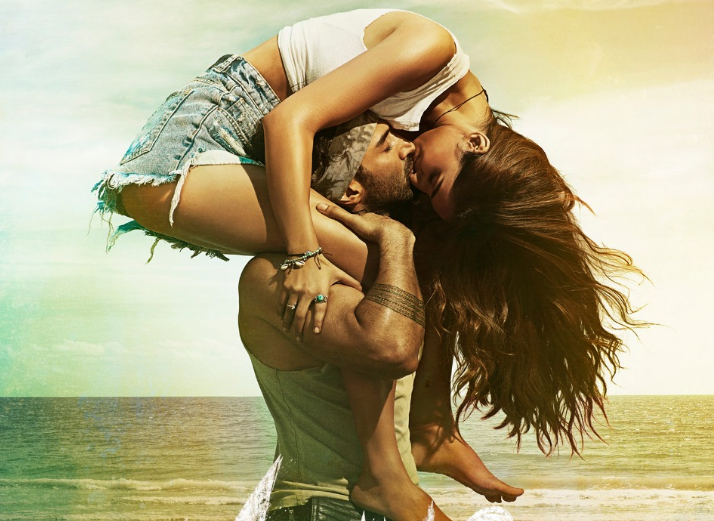 Goa has become the first choice of filmmakers for the last several years. Rohit Shetty has also made many films in the backdrop of Goa. Apart from this, many such films have been made in Bollywood in which Goa has played an important role such as Honeymoon Travels Pvt Ltd, Dil Chahta Hai, Kabhi Ya Kabhi Na, Go Goa Gone, Finding Fanny etc. Apart from this, a dark side of Goa was shown in the 2011 film Dum Maaro Dum, which was told about the drug mafia present here. And now Mohit Suri has focused on the same subject in his film Malang, which released this week. So will Malang be able to entertain the audience with his film or does he fail in this endeavor? Let’s review.

Malang is a story of love and revenge. The two tracks run simultaneously in the film. The flashback track traces the troubled history of Advait’s (Aditya Roy Kapur) family. While on his way to Goa, Advait meets Sara (Disha Patani) from London. Running away from drugs and the police, they bump into each other. At present both want to keep their relationship normal but then things get serious. In the present track, after five years, Advaita is released from prison. Now the fire of revenge is burning in his mind and he has now become a killing machine. As he sets out for the murder, he calls up Inspector Anjaane Agashe (Anil Kapoor) and informs him that he is about to commit a murder. Agashe takes it lightly at first but in no time Advaita kills a man, that too a police inspector named Victor (Vatsal Seth). A few hours later, they kill two more policemen – Nitin Salgaonkar (Keith Sequeira) and Deven Jadhav (Prasad Javade). The trio work under Inspector Michael (Kunal Kemmu). Michael marries Teresa and their marriage is going well. Michael seeks to solve this problem by following the law and begins his work with Agashe but finds it difficult to solve the case. But still both do their work before Advaita kills someone else. During his investigation, Michael begins to follow Jesse (Elli Avram), who believes she is involved in the case. Meanwhile, Agashe encounters Advaita. After this he gets a chance to save someone else but he fails. After this Advaita surrenders of his own free will. What happens next after this, it will be known after watching the next film.

Asim Arora’s story is decent. But it looks like the bhelpuri of many films Ek Villain [2014], Murder [2014], marjawan [2019], race [2008] And so on . Anirudh Guha’s screenplay, many scenes do not give the dejavu of the old films. There is a lot going on in the film and the script is written in such a way that it does not bore the audience. Asim Arora’s dialogues are subtle but sharp and don’t look over at most places.

Mohit Suri’s direction is good. He has improved his direction from his previous films. There is a lot of style in his execution which gives the film a fresh and cool feel. There are many characters and stories in the film which are well woven. Also, Mohit handles the film in his own way which is good. He handles some scenes very well especially the current ones. On the contrary, there are some developments that make it a dilemma whether it is a love story or something else. Even the story of Sara and Advaita seems half-baked.

The beginning of Malang is quite cumbersome. The one-take action sequence is quite entertaining. The film then goes into flashback mode in which Advait and Sara’s romance is shown. It is mixed with the exciting parts of the present. There are some great parts here – like Agashe’s finding Nitin Salgaokar and of course Intermission Point. After the interval, the flash-back sequence slows down the film. The arrival of Advaita in the clutches of the police arouses curiosity to watch the film. There is a solid twist here that comes as a shock, also a bit comprehensible.

Talking about acting, every artist performs well in it. Aditya Roy Kapur is seen in full form. He suits as a fearless man with a vengeance. His acting could have been better in some important scenes but he manages. Disha Patani has got the most screen time in her film career so far. She looks very beautiful and gives a great performance. Anil Kapoor adds humor to the film. But his character is much more than just a funny guy and he plays it well. He also looks quite dashing. There are many variations of Kunal Khemu’s character which he plays well. Elli Avram gives her best. His dialogue delivery could have been a little better. Vatsal Seth, Keith Sekera and Prasad Javade are fine. Devika Vats (Vani Agashe) leaves her mark in a cameo.

The music of the film is weak and a film like this should get super-hit music. The title track and ‘Hui Malang’ are great and shot well. ‘Chal Ghar Chalen’, ‘Bande Elahi’, ‘Humrah’ and ‘Phir Na Mile Kabhi’ lack repeat value. Raju Singh’s background score is dramatic.