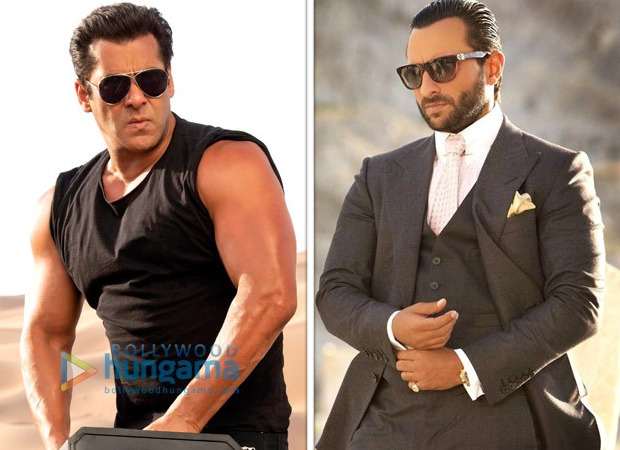 Makers started preparing for Race 4, who will lead between Salman Khan and Saif Ali Khan?

The makers have decided to go ahead with the popular Bollywood action thriller franchise, Race. Despite Race 3 not performing as expected at the box office, the makers have started preparing for Race 4. Although the starcast of Race 4 has not been revealed yet. Salman Khan was seen in the lead role in Race 3.

If reports are to be believed, the work on the next installment of Race has already started. Shiraz Ahmed, the writer who made the Race franchise a hit, has started working on the script for Race 4. Presently the film is in the scripting stage. It is being said that Ramesh Taurani, the producer of Race will soon act as a director and will start the casting of the film only after the final script is locked. The shooting of the film is expected to start by the end of this year.

However, it is not yet clear whether Race 4 will once again see the lead hero of Race and Race 2 Saif Ali Khan or will Salman Khan, who became a part of the franchise from Race 3, be in the lead role.

Let us inform that in the year 2008, Race was directed by Abbas Mustan. This film was a super hit. After this Race 2 came in the year 2013 under the direction of Abbas Mustan and it also got a lot of love from the audience. Saif Ali Khan was seen in an important role in films these days. This was followed by Race 3 in 2018 directed by Remo D’Souza in which Salman, Anil Kapoor, Saif Ali Khan, Jacqueline Fernandez, Daisy Shah and Saqib Saleem appeared in important roles. The film did not perform as expected at the box office.