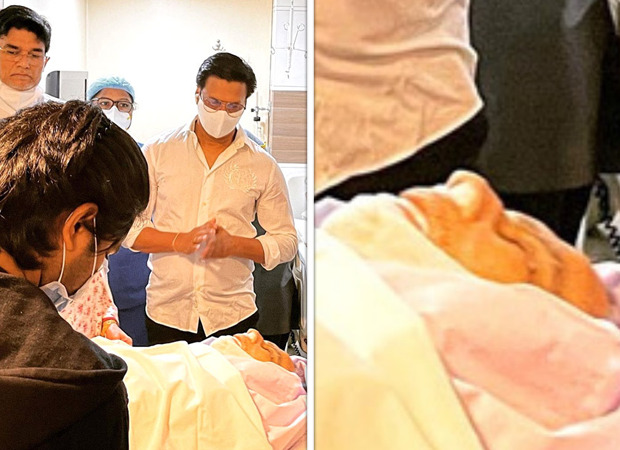 Veteran Hindi cinema actor Dilip Kumar passed away this morning on 7 July. Actor Dilip Kumar, 98, was ailing for a long time. He breathed his last at 7.30 am today at Khar Hinduja Hospital in Mumbai. Dilip Kumar was admitted to the hospital due to difficulty in breathing. Dilip Kumar’s death has been informed on his official Twitter handle. Dilip Kumar’s family friend Faizal Farooqui also informed about the actor’s death on Twitter. In a tweet, he wrote, “It is with a heavy heart that Dilip Saab is no more with us.” There is a wave of mourning in Bollywood and the country due to the death of Dilip Kumar.

Celebrities of the country including Prime Minister Narendra Modi have condoled the death of Dilip Kumar and are paying tribute to the tragedy king of Hindi cinema with teary eyes. Filmmaker Madhur Bhandarkar also paid tribute to late actor Dilij Kumar with his last glimpse. Filmmaker Madhur Bhandarkar, who was always close to Dilip Kumar and his family, immediately rushed to the hospital after hearing the news and paid his last respects to the late actor. Madhur Bhandakar is considering himself lucky after seeing the last of Dilip Kumar. He posted the last glimpse of the actor on social media and wrote, “I am privileged to pay tribute to the great actor Dilip Kumar sir on his last journey.”

Dilip Kumar was such a personality that makes him different from many other actors. He was awarded with many excellent awards. After giving many successful films, he also took a break of five years in 1976. Then he made a comeback from the film Kranti and after that he left his acting mark once in films like Shakti, Masal, Karma, Saudagar. His last film was Qila.

Dilip Kumar did close to 60 films in a career spanning nearly five decades. Born on December 11, 1922 in Peshawar (now in Pakistan), British India, Dilip Kumar’s real name was Mohammad Yusuf Khan. Raj Kapoor became his friend in his childhood and from here his journey in Bollywood started. Dilip Kumar married Saira Banu, who was also an actress in the year 1966. Saira Banu was 22 years younger than Dilip Kumar. Dilip Kumar’s association with Saira Banu remained till his last breath.