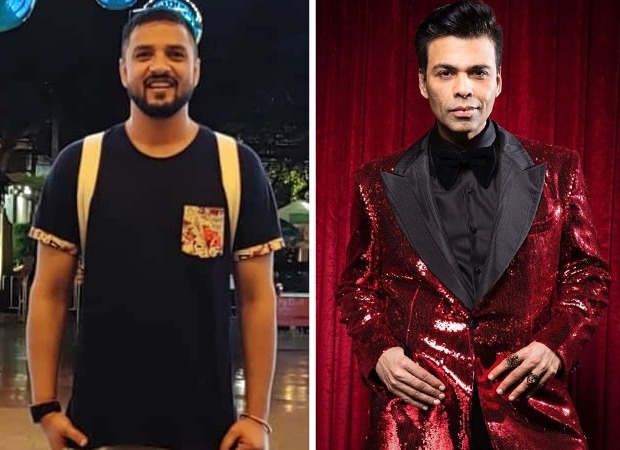 After the drugs angle came to the fore in the Sushant Singh Rajput case, the Narcotics Control Bureau started investigating this case from the drugs angle, during which some such drug connections came to the fore in the hands of NCB, which were directly related to Bollywood celebrities. Questioned Deepika Padukone, Sara Ali Khan, Shraddha Kapoor and Rakul Preet in a drug chat held by NCB. Apart from this, NCB arrested and questioned Kshitij Prasad, former executive producer of Dharmatic Entertainment last week in the drugs case. And now Kshitij Prasad’s lawyer Satish Manshinde has accused the NCB that Kshitij Prasad was coerced during his interrogation to implicate Karan Johar and his top executives. The lawyer has claimed that NCB pressurized Kshitij to name Karan Johar. However, NCB has vehemently denied all these allegations.

According to the Indian Express, Satish Maneshinde told a news portal that, “Kshitij appeared before the Metropolitan Magistrate on Sunday through video conferencing, where he was given a decision to keep him in police custody till October 3. Kshitij’s lawyer said that Kshitij was harassed and blackmailed before appearing before the magistrate. Apart from this, Kshitij was also subjected to third degree treatment and misbehavior.

Kshitij’s lawyer accused the NCB officers that they had leveled false allegations against them despite the opposition of their clients. Kshitij’s statement has been distorted. He was not even allowed to talk to his lawyer. That day, Kshitij was stopped at the NCB office itself.

The lawyer further said that, “The next day NCB officer Sameer Wankhede told Kshitij in the presence of other officers that since he was associated with Dharma Productions, he would not be able to take drugs from Karan Johar, Somel Mishra, Rakhi, Apoorva, Neeraj or Rahil. If he tells a lie about it, he will be let go. Kshitij refused to do so. On doing so, NCB made Kshitij sit on the ground for not cooperating and treated Kshitij very badly.

After 48 hours of this torture, Kshitij was very tired. NCB did not listen to Kshitij even after being requested to speak to his lawyer or family. After 50 hours of continuous such torture, Kshitij is not in a position to talk to anyone. After listening to both the sides, the magistrate has given a decision to keep Kshitij in NCB custody till 3rd October.

However, Sameer Wankhede has called these allegations baseless. With this, he has said that it is normal for the accused to make such allegations. NCB deputy DG Jain told The Indian Express, “The investigation is being conducted in a professional manner. The allegations leveled by Kshitij Prasad are absolutely untrue.”

Read also: After the growing clutches of NCB in the drug case, Karan Johar gave his clarification, saying- ‘I neither take drugs nor promote it’

Please tell that Satish Manshinde is also fighting the case of Riya Chakraborty and Sauvik Chakraborty.