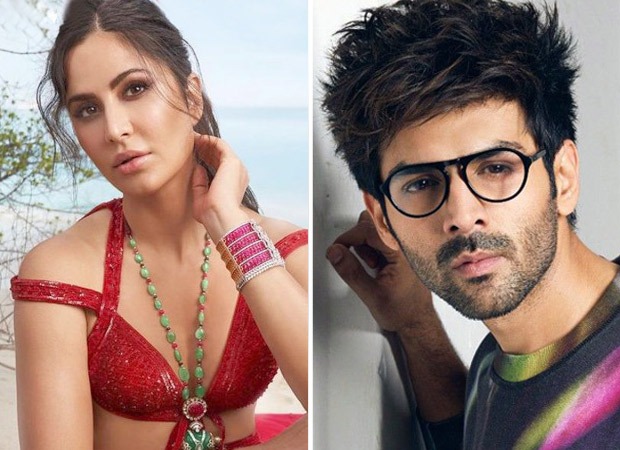 Just a few days back we told you that Kartik Aaryan is going to work with Shahrukh Khan for the first time. But Shahrukh will not act in this film but will produce. Produced by Shah Rukh Khan’s Red Chillies Entertainment, Freddy will feature Kartik Aaryan in the lead role and will be produced by Ajay Bahl. And now it is heard that Katrina Kaif may be cast opposite Kartik in Freddy.

Katrina Kaif will pair with Kartik Aaryan for the first time

An informed source told us, “When the makers of the film offered the film to Katrina, she liked it and Katrina showed interest in it. Not only is Katrina’s role as important as Karthik in this film but more important than her character as well.”

At this juncture in her career, Katrina is eager to take her acting to a different level by playing different characters. Katrina had earlier also made a major cameo in Shah Rukh’s Zero, which was produced by the actor. Katrina has also been approached by Shah Rukh’s production house for the female lead in Freddy. So Katrina is more or less ready for it, just signing on paper is yet to come.

At the same time, this is also a golden opportunity for Kartik as he will get a chance to work with a superstar like Katrina. Talking about Freddy, its story revolves around an unusual love story. It is not only a social message based film but it is also a rom-com film.