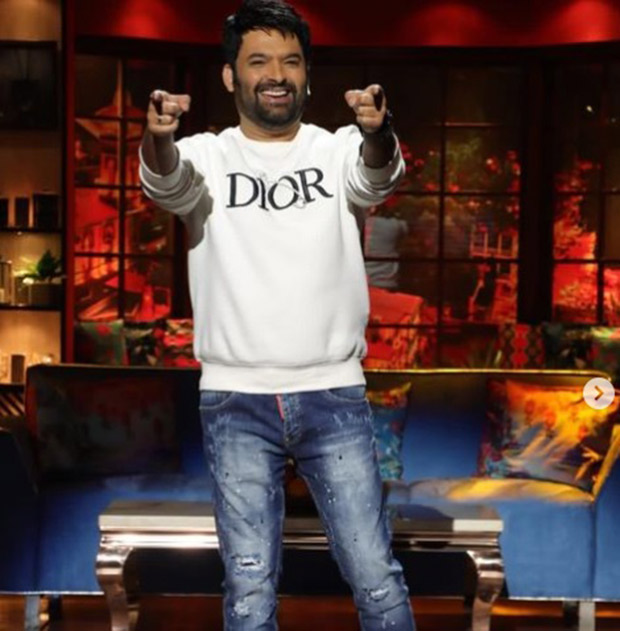 Kapil Sharma, who helped animals, saved the life of an elephant, PETA said thank you

Sharing a post on its Twitter handle, PETA wrote, “Thank you once again for helping Kapil Sharma Hathi Sundar. We have a good news about the second elephant. Following the efforts of PETA India, the country’s ‘slimest elephant’ Lakshmi has been cleared by the court to save her from abuse.”

In response, Kapil wrote, “This is great news. We are proud of you guys. May God keep blessing you like this.”

Please tell that Kapil is known for helping animals. Kapil was awarded PETA’s Person of the Year Award in 2015 for his dedication to promoting the adoption of homeless dogs. Kapil had said about this, “I am thrilled to know that I am being recognized for helping animals. I like to make people laugh but we all should know that dog and cat homelessness is no laughing matter.” Please tell that Kapil has also adopted a dog named Zanjeer. In 2013, Kapil saved puppies from the sets of Comedy Nights with Kapil after the set caught fire.

Last year also, there were cases of animal abuse in Kerala. They were killed by placing firecrackers in the mouth of an elephant, and sometimes such cruelty was done to cows and dogs. In such a situation, Kapil started a petition on Change.org named ‘Justice for our Voiceless Soul’. By tweeting, he had tagged the Ministry of Law and Justice and appealed to his fans to sign the petition. Apart from this, Kapil has appealed to the people to adopt homeless dogs.

Tags:PETA thanks Kapil Sharma for saving the life of the
Share on FacebookShare on TwitterShare on PinterestShare on LinkedIn Share on TumblrShare on RedditShare on VKontakte
Bollywood HungamaJanuary 18, 2022