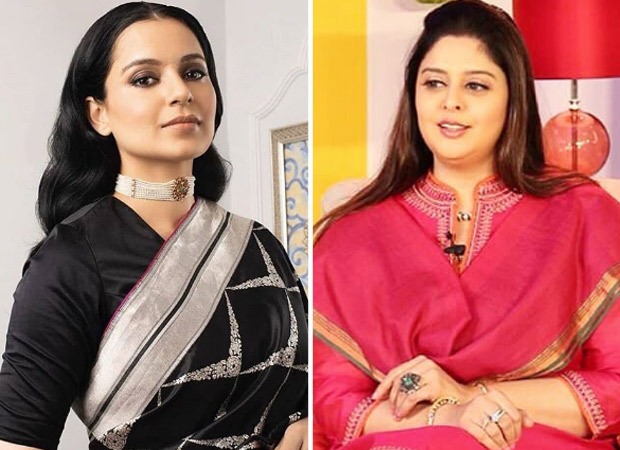 Films News > Blog > Bollywood News > Kangana Ranaut had confessed that she was a drug addict, then why did NCB not summon Kangana? Nagma asked question
Bollywood News

Kangana Ranaut had confessed that she was a drug addict, then why did NCB not summon Kangana? Nagma asked question

The Narcotics Control Bureau (NCB) started its investigation in the drugs case expeditiously after the drugs angle came to the fore in the Sushant Singh Rajput case. NCB is moving towards cracking the drug chain of Bollywood which is active in the industry for a long time. After the names of Deepika Padukone, Sara Ali Khan, Shraddha Kapoor, Rakul Preet Singh surfaced in the drugs chat, NCB has summoned 7 people including all these actresses for questioning. Meanwhile, actress and Congress leader Nagma said that why did NCB not summon Kangana Ranaut? Let us tell you that Kangana Ranaut had said in an interview that she was a drug addict. This video of Kangana Ranaut became very viral on social media.

Actress Nagma raised the question that why did NCB not summon Kangana? Nagma also says that Kangana herself has admitted that she used to take drugs. Nagma has questioned the NCB alleging that the agency is playing with the image of Bollywood actresses by sharing the investigation with the media.

Kangana herself confessed that she was a drug addict

In fact, Kangana, who is often in the news for her outspoken statements, has been expressing her opinion on Bollywood’s drug connection for the past several days. During this, a video of her surfaced in which she herself confessed that she was a drug addict. Actress Nagma is questioning NCB keeping this video of Kangana in mind.

Why has the NCB not summoned Kangana Ranaut who has admitted to have taken drugs . If they could summon other actresses on basis of what’s app chat ?? Hypocrite and is this the duty of NCB to leak out information to Press and malign the image of only female top actresses 56 inch pic.twitter.com/REWJLIYHNB

Nagma tweeted and wrote, “Why didn’t NCB summon Kangana, who herself has confessed to taking drugs, when she can summon other actresses on the basis of WhatsApp chat? Hypocrite and is it the duty of NCB to leak information related to top female actresses to the press?

Significantly, NCB will interrogate Deepika Padukone and her manager Karishma on September 25 in the drugs case. Apart from this, NCB will also question Shraddha Kapoor, Sara Ali Khan and Rakul Preet Singh.