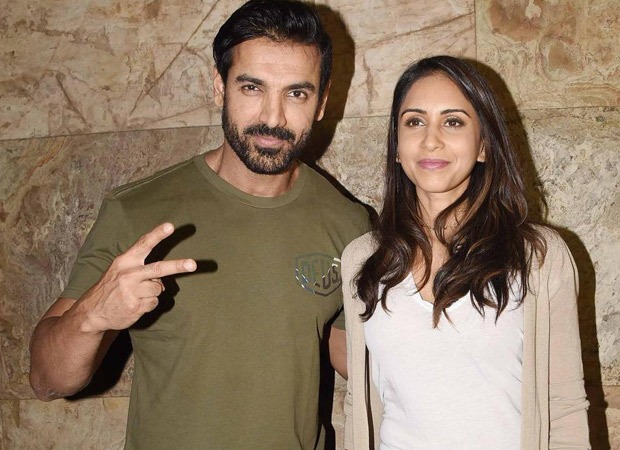 Corona’s new variant Omicron is increasing the concern of the country. The threat of corona is once again spreading rapidly in the country, as a result of which the number of corona infected is increasing every day. From general public to celebs, everyone is falling prey to Corona. Many celebs in Bollywood are getting infected with Corona one after the other. While many Bollywood stars have been found to be Corona positive so far, now actor John Abraham and his wife Priya Runchal have also become Kovid positive. John Abraham himself gave this information through his social media account.

Giving his health update, John wrote in a post shared on social media, “I came in contact with someone 3 days ago, who later I came to know that he has Kovid. Priya and I have come Kovid positive after the test. We have been home quarantined, so we are not coming in contact with anyone else. We are both fully vaccinated and we have only mild symptoms right now. Please take care of yourself and stay healthy. Keep wearing the mask.” 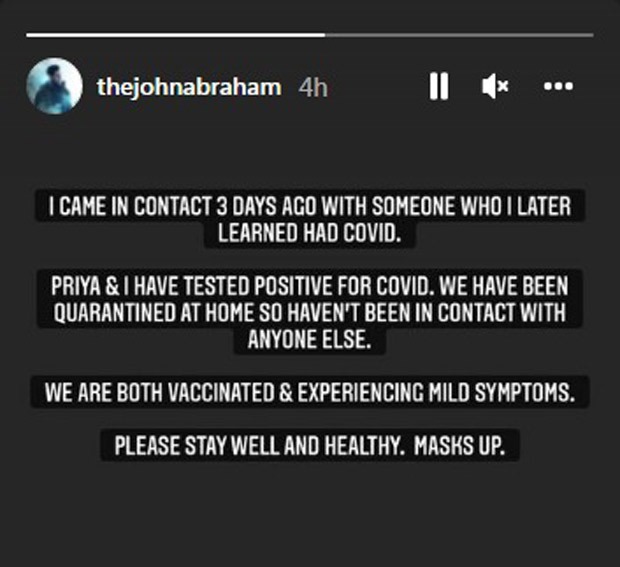 Let us inform that earlier Nora Fatehi and Mrinal Thakur were also found to be Corona positive. Apart from this, many celebs including director Rahul Rawail, Kareena Kapoor, Arjun Kapoor, Riya Kapoor, were infected with Corona.

However, all the state governments are doing their work diligently to base the new variant of Corona and many states have again imposed Kovid restrictions, including Maharashtra and Delhi.