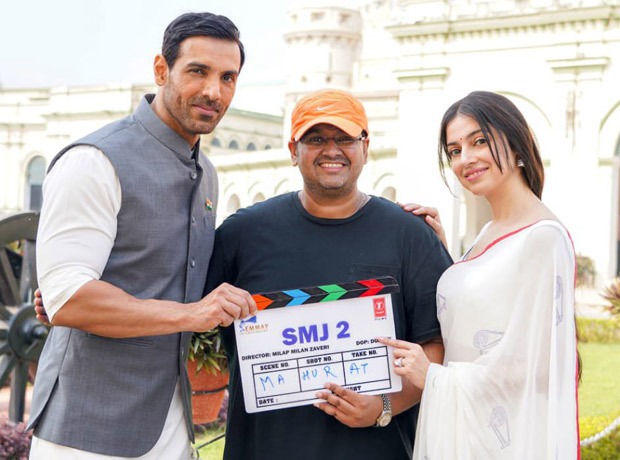 John Abraham and Divya Khosla Kumar have started shooting for their upcoming film Satyamev Jayate 2 in Lucknow from today. The makers have made full security arrangements during the shooting. The shooting of Satyamev Jayate 2, which has just started, will continue till January 2021. John Abraham, Divya Khosla, director Milap Zaveri and producer Nikhil Advani expressed their happiness over the commencement of shooting by sharing a picture of the Muhurta clap.

Because this time the story of Satyamev Jayate 2 is set in Lucknow, so the entire team of the film including John Abraham and Divya Khosla Kumar reached Lucknow to shoot. The film will be shot in heritage places like palaces and colleges of Lucknow. Some of the live locations will be completely closed, so the crowd will not be able to enter and the cast and crew will be present at the location. Apart from this, John will also shoot action scenes on the streets of Lucknow. After Lucknow, portions of the film will also be shot in studios in Mumbai.

#SatyamevaJayate2 embarks on its journey with all the love, blessings & safety protocols…????