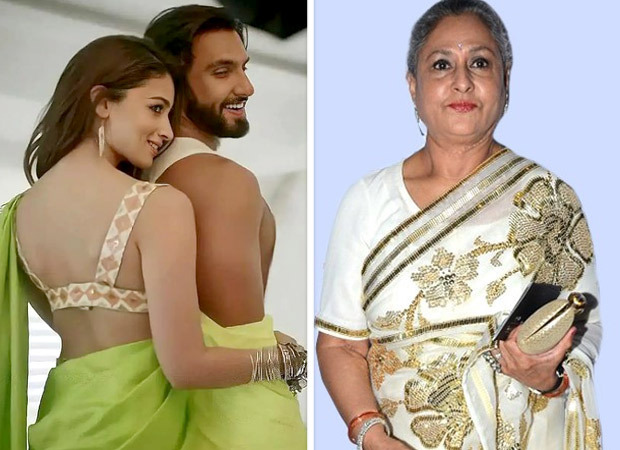 Jaya Bachchan turns confectioner in Ranveer Singh and Alia Bhatt’s Rocky and Rani love story, will show her never-seen-before comedy in the film

Karan Johar’s love story based film Rocky and Rani’s love story has been in the news since its inception. From its star cast to story, the film has aroused curiosity. Apart from Ranveer Singh and Alia Bhatt, the center of attraction in the film is Jaya Bachchan, Shabana Azmi and Dharmendra. With this film, Jaya Bachchan is doing a comedy genre film for the first time.

In Rocky and Rani’s love story, Jaya Bachchan is playing the role of actor Ranveer Singh’s grandmother and her character will see different shades of comedy. Giving details about Jaya’s character, a source close to the film said, “Jaya ji is playing the role of a confectioner in the film. She plays the character of an outspoken lady who loves to laugh in every aspect. This is his funniest role till date. She thanks Karan Johar for giving such interesting roles as she does not like to play serious roles all the time. She is happily playing this role.”

Shooting going on in Delhi

These days the shooting of the film is going on in Delhi. A source close to the Delhi schedule said that the fun Jayaji is having on camera is taking over her real life. “She has never been seen in such a funny role on camera and the effect is being seen off camera as well. She keeps joking on the sets and says that Karan Johar could not get Johnny Lever’s dates, so he instead Signed me up.”

Coming to the music of Rocky and Rani’s love story, the music duo of Pritam-Amitabh Bhattacharya will be seen again in this film, the duo composed the music for Karan Johar’s last film – Ae Dil Hai Mushkil. Which was a huge success. Now he is looking forward to create musical magic for this family entertainer as well. The film is said to have 8 to 9 song sequences which will be shot elaborately in Karan Johar’s style.

Directed by Karan Johar, produced by Hiroo Yash Johar, Karan Johar and Apoorva Mehta, the film’s studio partner is Viacom 18. Story and Screenplay of the film Rocky and Rani Ki Prem Kahani written by Ishita Moitra, Shashank Khaitan and Sumit Roy, dialogues are given by Ishita Moitra. The film is set to release in theaters on 10 February 2023.