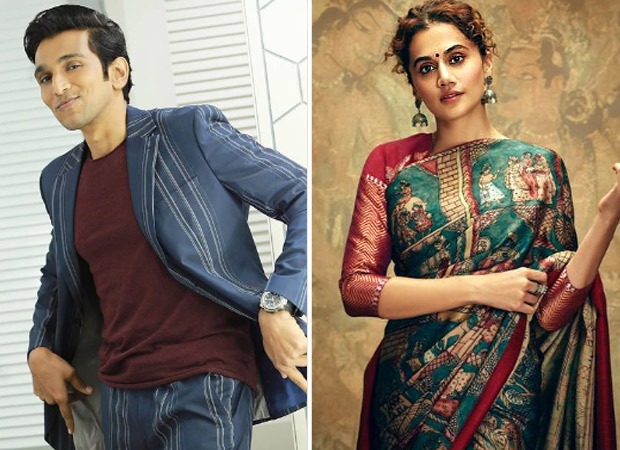 Where is that girl of Prateek Gandhi and Taapsee Pannu?

Actor Pratik will be seen in an important role in this film. He will be seen in the role of a spoiled boy who embarks on a fun-filled journey with Taapsee and both of them discover that their outlook towards life is very different from each other. The film will be written and directed by Arshad Syed, who will be making his directorial debut with the film. When the two main characters are forced to complete the journey together, their different personalities collide at a funny juncture. A war of words erupts at this juncture, which is sure to be enjoyed by the audience.

Producer Siddharth Roy Kapur says, “When Arshad narrated his engaging and delightful script to us, it was only then that we realized that we had to produce this film. We are especially super excited to work with Taapsee, who brings so much energy and glee to the screen, and Prateek, who stunned us all with his incredible performance in SCAM. We are also very happy that Arshad, who is already known to be a prolific writer, will now make his directorial debut with this film.”

Fantastic cast of Taapsee and Prateek

Writer and director Arshad Syed says, “I am really excited to make my directorial debut with this film in association with Roy Kapur Films. I am thankful to Siddharth Roy Kapur for showing faith in my approach towards the film. Also, I am thankful to the wonderful cast Taapsee and Prateek for bringing life to this film.”

Excited to work with RKF and Prateek Gandhi, Taapsee Pannu says, “I have loved the wonderful and unique character Arshad has written for me. Along with producer Siddharth Roy Kapur, I am also very excited to work with Prateek as I loved his performance in SCAM.”

Prateek Gandhi says, “I am extremely excited to be a part of this film and work with the team of Taapsee, Arshad and Sid. I wanted to do something different after Scam and this character has lived up to all my expectations. I am sure it will be a fun journey and I am looking forward to start shooting for this film.”

where is that girl? It is scheduled for release later this year. Right now the process of finalizing the other star cast of the film is going on.