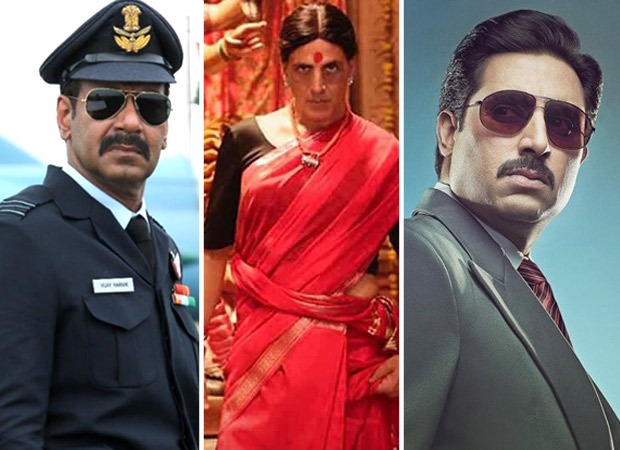 Films News > Blog > Bollywood News > INSIDE SCOOP: IPL postponed the release of Laxmmi Bomb, Bhuj and The Big Bull to be released on Hotstar, may now release in November-December
Bollywood News

INSIDE SCOOP: IPL postponed the release of Laxmmi Bomb, Bhuj and The Big Bull to be released on Hotstar, may now release in November-December

Filmmakers resorted to OTT platforms to release films that were stuck due to theaters being closed due to the Corona lockdown. The makers could not wait for the theaters to open for the release of their films, so they released their films directly on the OTT platform. In the month of June, OTT platform Disney Plus Hotstar announced 7 films simultaneously which were to be released on Disney. These included Akshay Kumar’s Laxmmi Bomb, Ajay Devgn’s Bhuj – The Pride of India, Abhishek Bachchan’s The Big Bull, Alia Bhatt’s Sadak 2, Vidyut Jammwal’s Khuda Hafeez, Sushant Singh Rajput’s Dil Bechara and Kunal Khemu’s Lootcase. .

Out of this, Dil Bechara, Sadak 2, Khuda Hafiz, Lootcase have been released on Disney and now people are eagerly waiting for the release of Akshay Kumar’s Laxmmi Bomb, Ajay’s Bhuj and The Big Bull. And now Bollywood Hungama exclusively. It is learned that the release of these films may have to wait longer. Initially Akshay’s Laxmmi Bomb was scheduled to release on 9 September. But this could not happen. In this regard, Bollywood Hungama told you exclusively that, “Some patchwork was to be done in the film at the last minute due to which the film could not release on its scheduled release date of 9th September.”

Postponed release due to IPL

When Laxmmi Bomb, The Big Bull and Bhuj – The Pride of India will release on Hotstar, the Hotstar team is mulling over their release calendar and a decision will be taken soon. A source close to this said, “The Indian Cricket League (IPL) is one of the biggest events in India. In such a situation, Disney does not want to reduce their impact by releasing their films in the middle of the IPL. So after several talks they decided to postpone the release of these three films till November.”

The source further added that reportedly the release date of Laxmmi Bomb is expected to be during the Diwali week. At the same time, Bhuj and The Big Bull will be released by the end of November and mid-December. Well, this is not the first time that the release of films has been postponed due to IPL. Even before this, the release of many films has been pushed forward as it has a significant impact on the box office collection.

Hotstar will get viewers

“Another reason behind pushing the release of films is that Hotstar wants to keep its audience engaged. Where IPL will keep the audience engaged in September and October. After this, Laxmi Bomb will release in November and garner the audience. After this, Bhuj and The Big Bull releasing in December will prove to be a profitable deal for it. Like Laxmmi Bomb, Bhuj and The Big Bull also have some patchwork to be shot. And hopefully they will be shot by the end of October.

Tags:INSIDE SCOOP: BhujLaxmmi Bomb and Big Bull release DELAYED on Hotstar due to IPL!Watch INSIDE SCOOP: Bhuj
Share on FacebookShare on TwitterShare on PinterestShare on LinkedIn Share on TumblrShare on RedditShare on VKontakte
Bollywood HungamaOctober 29, 2021