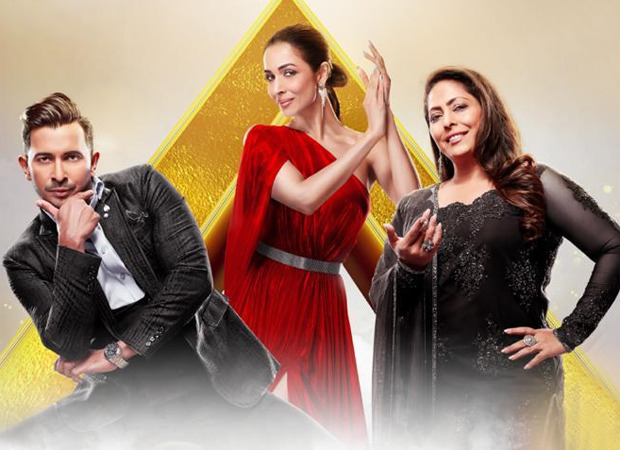 Sony Entertainment Television is known for bringing forth the best of talent from across the country. With immense talent, this channel is once again going to increase the fun of the weekend. After creating a buzz in the entertainment world with the first season of India’s Best Dancer, the makers have now announced the second season, which will soon hit the television screens! The industry’s best and well-known names in the field of dance, Malaika Arora, Geeta Kapoor and Terence Lewis are returning as judges.

Produced by Frames Production Company, the show promises to be the toughest dance reality show on Indian television. Like the first season, the makers have made this season challenging at every step. This season will witness ‘Best Ka Next’ and it will prove to be an ultimate test for the best dancers from across the country.

Excited to be a part of the second season of India’s Best Dancer, Malaika Arora said, “I can’t describe how happy and excited I am to be back in India’s Best Dancer. Last season saw great talent and now I am proud to be part of it. Eagerly waiting to see how the contestants evolve this season. Actually what I love and appreciate is that the show brings talent from every nook and corner of the country. It is an unmatched experience. “

Further, dance maestro Terence Lewis said, “India’s Best Dancer is back! This time the show will be even bigger and better! Going to our limits to prove to the contestants their mettle and win the title of India’s Best Dancer.” Gotta go beyond. I’m looking forward to a wonderful season!”

Veteran choreographer Geeta Kapoor also shared her thoughts, “India’s Best Dancer created a huge fan following in the very first season itself, and now on this toughest stage of dance to identify and present the talent in their best form. The show is back. It is indeed a very satisfying aspect of my work to be a part of such an extraordinary show as a choreographer and a fan of art. Needless to say that I am a part of India’s Best Dancer Season 2. I am very happy to be.”

After garnering an overwhelming response from dance enthusiasts across the country in digital auditions, the show is all set to go ahead and raise the level of entertainment a few notches with the contestants who are enthusiastic and dedicated, as well as themselves every day. Have a firm intention to make it better. In such a situation, the audience will get to see a great confluence of strong performance and inspirational journey of dance.