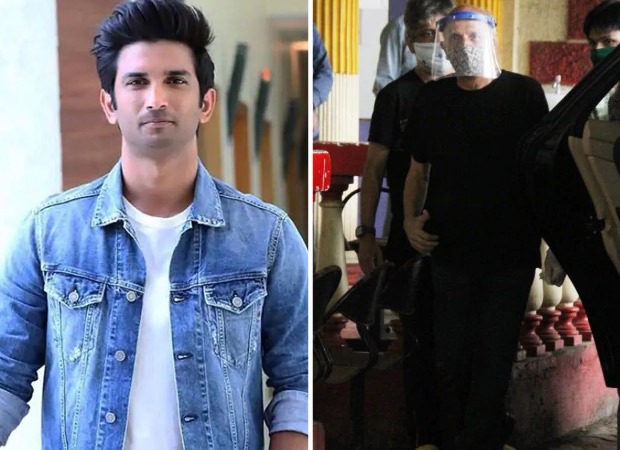 In the Sushant Singh Rajput suicide case, filmmaker Mahesh Bhatt told the police that he had met Sushant only twice.

The Mumbai Police, which is solving the mystery of Sushant Singh Rajput’s suicide, has so far questioned many people. And today on Monday, filmmaker Mahesh Bhatt was also questioned in the same sequence. Mahesh Bhatt has been questioned for almost 2 hours at Mumbai’s Santacruz (West) Police Station. During interrogation, Mahesh Bhatt told that he had not offered the film Sadak 2 to Sushant. Bhatt also told that he had met Sushant only twice and during this time there was no talk about work.

Bhatt also told in his statement that he had met Sushant only twice. The first time in the year 2018, when Sushant had come to meet him and the second time in February this year when he was ill, Mahesh Bhatt visited him at his Bandra home. Apart from this, he told the police that he had never offered the lead role of Sadak 2 to Sushant. Rather, Sushant told him that he would like to work in this film if there is a role worthy of him in Sadak 2. He told that there was never any professional or work-related conversation between him and Sushant.

Apart from this, Bhatt also denied reports that it was being said that he had asked Rhea to leave Sushant.

Read also: Sushant Singh Rajput’s close friend Rumi Jafri told that he was admitted to the hospital several times for the treatment of depression.

Police on Tuesday called Apoorva Mehta, CEO of Karan Johar’s Dharma Productions, for questioning, while Karan may also be called to record his statement by the end of this week. Apart from this, the police will further interrogate Kangana Ranaut in this matter.