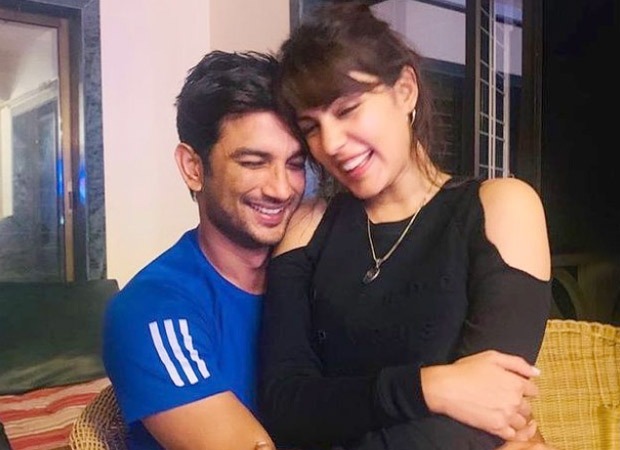 Films News > Blog > Features > “I know that you are my guardian angel now”- Rhea Chakraborty pens a heartfelt note on Sushant Singh Rajput’s first death anniversary | On the first death anniversary of Sushant Singh Rajput, Rhea Chakraborty expressed her love for Sushant, remembered him with moist eyes, said- ‘Please come back for me…’ – Bollywood News in Hindi
Features

“I know that you are my guardian angel now”- Rhea Chakraborty pens a heartfelt note on Sushant Singh Rajput’s first death anniversary | On the first death anniversary of Sushant Singh Rajput, Rhea Chakraborty expressed her love for Sushant, remembered him with moist eyes, said- ‘Please come back for me…’ – Bollywood News in Hindi

Bollywood actor Sushant Singh Rajput had said goodbye to this world on this day i.e. on June 14, 2020, but his memories are still in the hearts of his fans. Sushant Singh Rajput is such an actor whose fan following is increasing even after his death. Today is Sushant’s first death anniversary, on this occasion Riya Chakraborty, considered to be his best friend, remembered Sushant with moist eyes. Rhea Chakraborty has shared a long emotional post on social media expressing her love for Sushant.

“There is not a moment where I can be sure that you are no longer here. They say that time heals everything, but for me you were my time and my everything. I know that you are now my guardian angel. You are watching me from the moon with your binoculars and protecting me. I wait for you every day that you will come and take me, I look for you everywhere – I know you are here with me. It breaks me every day, then I think this is what you are saying – “Yeh aapko paas hai babu.” And I continue again the next day. Whenever I feel that you are not here, my body gets flooded with emotions. My heart hurts just writing this, my heart hurts now when I feel anything…. There is no life without you and you took the meaning of life with you. This empty space can never be filled. I am still standing without you. My dear sunshine boy, I promise to give you ‘Malpua’ daily and read all the quantum physics books in the world. Please come back for me I miss you my best friend, my man, my love. Bebu and putput always.”

Let us tell you that on June 14, 2020, Sushant was found dead in his flat in Mumbai. In the postmortem reports, Sushant’s death was said to be a suicide but his fans and family did not agree to consider it a suicide, so the investigation of the matter was handed over to the CBI. The CBI searched many angles in its investigation, out of which one angle of drugs also came to light, after which Riya was also taken into judicial custody for providing drugs to Sushant. The NCB, which is probing the drug angle in the Sushant case, has also accused Riya and her brother Sauvik of buying and using drugs for Sushant. The CBI is probing the matter and has not reached any conclusion yet. Investigating agencies do not want to leave any angle in the investigation of this case, so its decision is taking time.