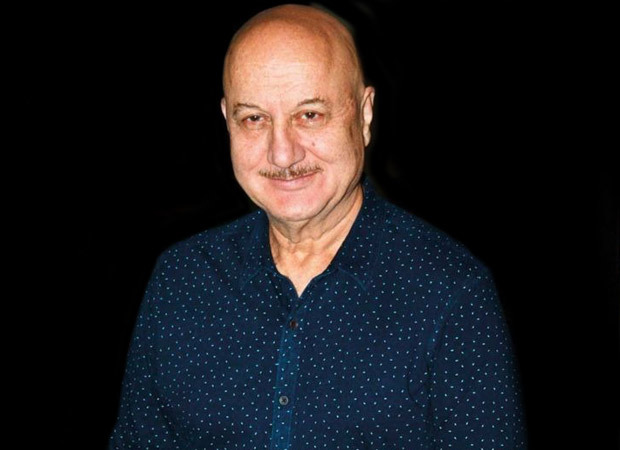 Films News > Blog > Features > “Have no doubt about the members of the film industry, it is filled with great people,” says Anupam Kher in his message to young dreamers | Anupam Kher gives work advice to outsiders who came to make a career in Bollywood, ‘A wet man is not afraid of rain’ – Bollywood News in Hindi
Features

“Have no doubt about the members of the film industry, it is filled with great people,” says Anupam Kher in his message to young dreamers | Anupam Kher gives work advice to outsiders who came to make a career in Bollywood, ‘A wet man is not afraid of rain’ – Bollywood News in Hindi

Not only his fans but the entire Bollywood industry is also deeply saddened by the demise of Bollywood actor Sushant Singh Rajput. The passing of Sushant Singh Rajput, who has made his mark in Bollywood without any godfather, is troubling everyone. Sushant’s death has also caused frustration to those who come to Mumbai to pursue a career in Bollywood. And that’s why Bollywood’s veteran actor Anupam Kher has encouraged such people and said that they should not lose heart and this will be the biggest tribute to Sushant. Along with this, Anupam Kher also shared the struggles of his life when he came to make his career in Bollywood.

Anupam Kher teaches youth not to give up

Let us tell you that Anupam was also in Bollywood as an outsider. But with his hard work and courage, he has made his mark not only in Bollywood but also in Hollywood. Today Anupam has shared this experience of his life. Anupam has posted a video on his Instagram in which he is teaching such youth.

Anupam said in his video, “This debate will go on, this is not the custom of today, but it has been going on for years, but today I want to interact with thousands of millions of people who are from small cities of India to Mumbai. Come to the city to fulfill your dreams. It may be that after seeing, hearing these news, a doubt or panic is arising in your mind or your parents that whether I have come to the wrong place. Is this what happens in this city? Will I remain an outsider? The loneliness of this lockdown must have shaken you a little more, the despair must have subsided a bit. Parents must be getting calls asking the son to come back to his little town, to live like a man like us. You probably have no place in that big city.”

Anupam further said, “The same thing happened to me when I came to Mumbai 39 years ago today. Hey bald, thin like a crab, Hindi medium school. Hair is needed to become an actor, anyone can have talent. In 1981 these things were also true. Those who criticize you, humiliate you, humiliate you, you will always be seen around you. But friends, don’t give up, don’t give up on your dreams, don’t panic. When I was going through a very bad phase, sleeping on the railway platform, my grandfather told me son, don’t give up, because a wet man is not afraid of rain.

Anupam further said, “One has to be sad but always keep your dreams ahead of that sadness. Just work hard and when you’re sad, talk to friends and strangers, call your parents, tell them you’re sad, but stick to your intentions. His love and blessings will create a power in you. There is nothing in this world more than parents.

Talking about Sushant, she said, “Maybe he was alone or what was hurting him, we don’t know, but what bigger tribute can we give him that we don’t lose by being an outsider. Our victory will be the biggest tribute to him.”

With this, he has described Mumbai as the most compassionate city in the world, which has fulfilled the dreams of millions of people. He concluded by saying, “Don’t be suspicious to the people of the film industry, the people here will take you to the pinnacle of success by holding your hand. Always remember the lines of my favorite poem – fear of the waves does not cross the boat, those who dare do not lose. Be victorious .”