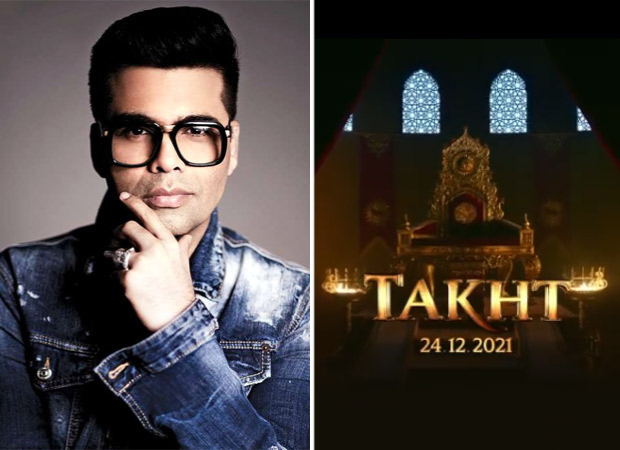 Karan Johar recently announced his love story based film Rocky Aur Rani ki love story with which Karan will once again take over the direction of direction after a full 5 years. Along with Ranveer Singh and Alia Bhatt, Jaya Bachchan, Dharmendra and Shabana Azmi will also play important roles in this film. Karan will start shooting for the film in the next few months. As soon as Karan announces Rocky and Rani’s love story, the news of their much awaited historical period drama multistarrer film Takht going on hold is confirmed. It is being said that Karan Johar has replaced Takht with Rocky and Rani’s love story. That is, where Takht was being made earlier, now Karan will first make the love story of Rocky and Rani.

A close friend of Karan explained why Karan replaced Takht with Rocky and Rani’s love story. “Given the prevailing circumstances, the throne was not possible. It was an expensive historical costume drama to be produced by Karan Johar’s Dharma Productions and Fox-Star. But Fox-Star parted ways with Dharma and was replaced by Disney+ Hotstar. But Dharma was also not getting support from Fox-Star/Disney+ Hotstar for Takht. Also, it was a controversial film based on Mughal history. Seeing this financial loss, Karan decided to leave Takht and do a light-hearted romantic family film.”

The estimated budget of Takht is about 250-300 crores.

There were many reasons for the throne to go on hold. A close source revealed, “There are many reasons to put Takht on hold. In which the first reason is its big budget i.e. it was going to be the most expensive film. The estimated budget of Takht is around 250-300 crores. Now like every filmmaker, Karan also suffered a lot during the corona pandemic. Apart from this, his other expensive films Brahmastra and Liger, which are in the production stage, are awaiting their release. And not only these two other films like Dostana 2, Jug Jug Jio and Shakun Batra’s upcoming film are also in their last stages. In such a situation, it is not right to start the throne.