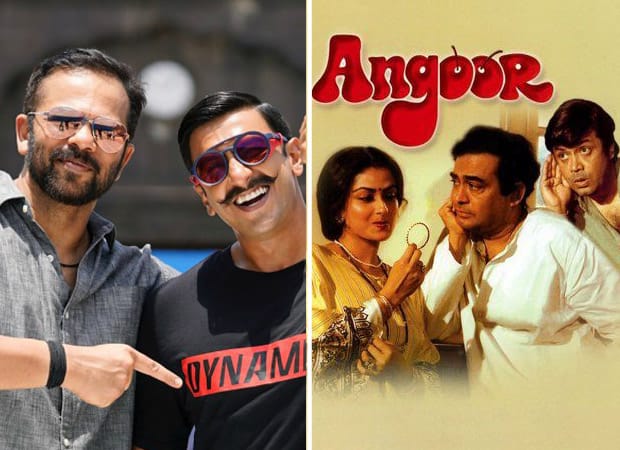 EXPLOSIVE NEWS: Rohit Shetty is making a remake of the cult comedy film Angoor with Ranveer Singh, here is the full detail

Ranveer Singh will play the character of Sanjeev Kumar

“Rohit Shetty has been trying to remake the cult classic Angoor for a long time and now he is finally making the film with Ranveer. Ranveer will be seen playing the character of Sanjeev Kumar in the remake of Angoor. In the year 2015, Rohit planned to make the remake of Angoor with Shahrukh Khan but then nothing worked and then both worked together in Dilwale. After this Rohit got busy in Golmaal Again, Simmba and Sooryavanshi.

But now during the Corona lockdown, he has got enough time to work again on the remake of Angoor.” A trade source told Bollywood Hungama exclusively. Not only this, it is also being heard that Rohit will make this film on a very large scale in which Rohit Shetty style temper will be seen.

“Rohit’s comedy film Bol Bachchan was actually inspired by Golmaal. Similarly, grapes will also be made according to the present time. The script of the film is currently being prepared and will be completed soon. After this work will start on the rest of the aspects of the film including pre-production, selection of other actors etc. Trade source told.

Both Ranveer and Rohit are very excited for this film. Both are well aware that remaking a cult classic like Angoor is a huge responsibility. “Ranveer will have a double role in this film which will be the first time for Ranveer. They are planning to make it the biggest comedy film of Bollywood till date.”

The title of the film has not been decided yet. After the remake of Angoor, Rohit will focus on Golmaal 5 with Ajay Devgn.