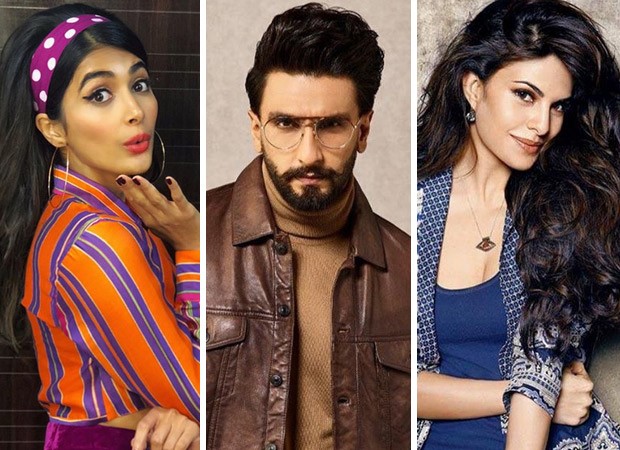 Bollywood Hungama was the first to tell you that Ranveer Singh and Rohit Shetty are teaming up for a comedy film once again. After this, we told you that this comedy film by Ranveer Singh and Rohit Shetty will be the official adaptation of Gulzar’s cult classic comedy film Angoor, in which Sanjeev Kumar and Deven Verma were seen in lead roles. Ranveer Singh will have a double role in the remake of Angoor. And now we have exclusively learned that Rohit has also locked two female lead actresses for this film. And the actresses are Pooja Hegde and Jacqueline Fernandez.

“It will be Ranveer’s double dhamaka. Pooja Hegde and Jacqueline will be seen alongside Ranveer. The track of both the actresses will create confusion in the film which will add humour. This will be the first time that Pooja and Jacqueline will be seen with Ranveer. The characters of both the actresses are very well written. The source told Bollywood Hungama exclusively.

In the year 2018, Ranveer first worked with Rohit Shetty in his film Simmba. The film made history by earning around 250 crores at the box office. People loved Ranveer’s cop drama Simmba. So now Ranveer will also be seen doing a cameo in Rohit’s next Akshay Kumar starrer cop drama Sooryavanshi.

The script of the film was looking for an energetic actor like Ranveer.

“After making back-to-back cop dramas, Rohit wanted to take a break from films of this genre so he was looking for a comedy genre. Rohit Shetty was trying to remake the cult classic film Angoor for a long time but he could not concentrate on it. During the Corona lockdown, he got enough time to work again on the remake of Angoor. Right now the script of the film is being prepared and it will be completed soon. The script of the film was looking for an energetic actor like Ranveer. And this is the reason why Ranveer also immediately gave his nod for this film. The source told Bollywood Hungama.

The title of the film has not been decided yet. After the remake of Angoor, Rohit will focus on Golmaal 5 with Ajay Devgn.