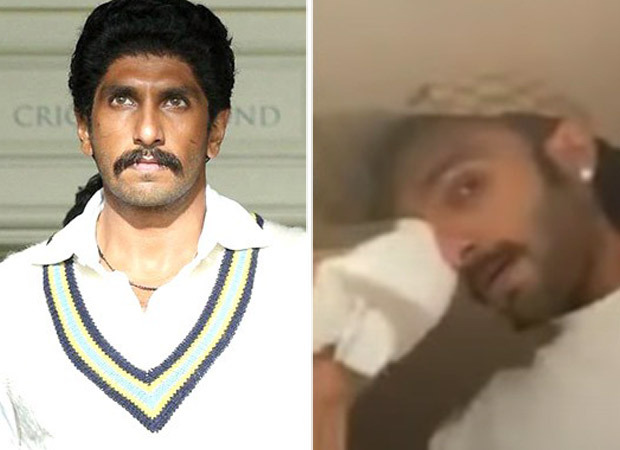 Ranveer Singh starrer 83, revolving around India’s historic 1983 World Cup victory, was finally released in theaters on 24 December 2021 in a big way in 2D as well as 3D. While the film critics praised the film fiercely, people are also liking the film. The character of Kapil Dev, played by Ranveer Singh, is being liked a lot, seeing that Ranveer became so emotional that he could not hold back his tears. In an exclusive conversation with Bollywood Hungama, Ranveer couldn’t hide his tears after seeing so much love being received by 83. Ranveer also compared 83 to Bollywood’s cult classic films Lagaan, 3 Idiots and Rang De Basanti.

When Ranveer was asked during the interview that, like Mughal-e-Azam, Sholay, Lagaan, 3 Idiots, Jaane Bhi Do Yaaro are such iconic films that everyone likes and now 83 is also going to appear in it. You will always be remembered about this film. What do you think about this? So in response, Ranbir first became emotional and his throat was full.

Then he said, “I don’t like to cry in public. But I am getting more emotional these days, maybe now my pot of emotion has been filled to the top. Whatever is happening in the world due to the pandemic, it is all very sad. I am getting so many messages about 83 that I am not stopping. The battery of my phone which drains once in 2 days because I don’t use the phone much, is now draining 3 times a day. I don’t have power bank to charge my phone. I am overwhelmed to see the love I am getting for 83.”

“I don’t know how to react to these loving messages. I have never received so much love for my film before. Have played many good films and memorable characters before this but this one has reached the top. 83 is very special to me. I became a part of such a wonderful story, it is a big thing for me. Going to England to play cricket, staying at Kapil Dev’s house, training by him, everything is very special.

It’s a miracle that I have become an actor

Ranveer further cried and said, “It is a miracle that I have become an actor. I am saying this because if you see the facts, then there was no chance for me to become an actor.

“Now if I think back to those days when I was struggling 10 years ago to become an actor and today I am playing Kapil Dev, it really feels special.”

Regarding 83, Ranveer further said, “83 is in the theater and when people see it, they laugh and cry with tears in their eyes. There is no account of when people are laughing and when they are crying. Just like the condition of people during Lagaan, 3 Idiots, Rang De Basati. In the time of Lagaan, 3 Idiots and Rang De Basanti, when are you laughing and crying, nothing counts. Same feeling during 83. You can never forget this experience.”