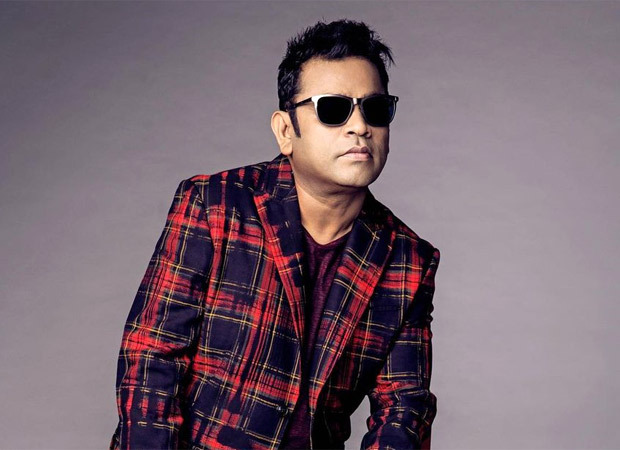 Oscar winner AR Rahman has now become a composer as well as a producer. Soon 99 Songs, produced by AR Rahman, will be released in India on April 16 in 3 languages. Recently AR Rahman reached Chennai to launch the Tamil version of 99 Songs. During this launch, AR Rahman was seen leaving the stage after an anchor spoke Hindi, a video of which went viral very fast on social media. It was said that Rahman left the stage after getting annoyed by the anchor’s speaking Hindi. But the real truth behind this is now, AR Rahman himself told Bollywood Hungama. In an exclusive conversation with Bollywood Hungama regarding the promotion of 99 Songs, Rahman revealed the real truth behind this Hindi controversy.

During the interview, when Rahman was asked about that Hindi controversy, ‘As we all know that you do not have any problem with any language but maybe it was taken in the wrong way.’ Responding to this, Rahman told the truth behind this whole controversy and said, “Actually what happened was that we were launching in 3 languages. Hindi was already launched. After that we came to Tamil Nadu. And here on stage there was a protocol that we had to follow. During the launch, we were standing on the stage talking to the Tamil audience.

Then I had also said that while following the protocol, talk in Tamil. And I think that anchor thought that Ehan Bhatt would be more comfortable in Hindi so she spoke in Hindi. After that I said, Hindi! And after that I had to leave the stage because after me other people also had to come on stage, as scheduled. After this everyone felt that I had become angry, whereas there was nothing like this. It was just a joke not to be taken seriously. Well this incident saved us a lot of money by making us viral.

this was the whole thing

In fact, at this event, Rahman was introducing the press and media to the hero of 99 Songs, Ehan Bhat. Then the anchor of the event present there welcomed Ehan Bhatt in Hindi. On this matter, Rahman interrupts the anchor and says that Hindi? Saying this, he comes down from the stage and sits on his seat. But before leaving the stage, Rahman makes it clear that it was just a joke. At the same time, the anchor clarified on this matter and said that, she was only making Ehan feel comfortable by giving a welcome message in Hindi.

Rahman has written the story of 99 Songs, a trilingual musical romance film directed by Vishwesh Krishnamurthy.

Tags:EXCLUSIVE: A.R.Rahman BREAKS SILENCE on
Share on FacebookShare on TwitterShare on PinterestShare on LinkedIn Share on TumblrShare on RedditShare on VKontakte
Bollywood HungamaAugust 28, 2021