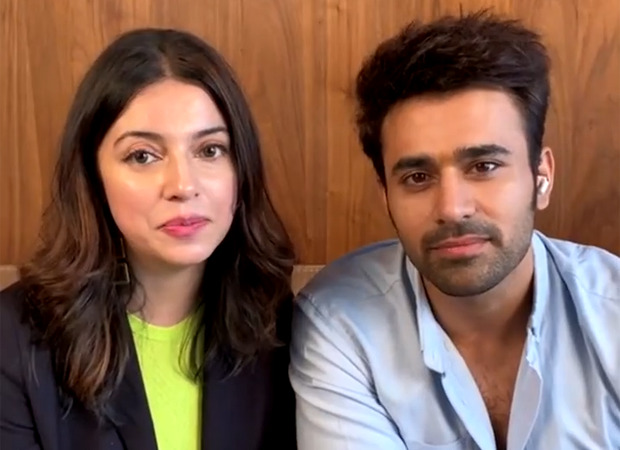 Films News > Blog > Bollywood News > Divya Khosla Kumar came in support of Pearl V Puri, who was accused of rape, said- ‘He was about to sign a big film but now…’
Bollywood News

Divya Khosla Kumar came in support of Pearl V Puri, who was accused of rape, said- ‘He was about to sign a big film but now…’

Naagin 3 actor Pearl V Puri, who is accused of raping a minor, has been arrested by Mumbai Police under the POCSO Act for raping a minor. Pearl is currently in judicial custody for 14 days. After Pearl’s arrest, many TV stars including Ekta Kapoor came out in support of her. And now Divya Khosla Kumar has also come out openly in support of Pearl. Divya Khosla claims that the allegations of rape against Pearl are false and false.

Actress-filmmaker Divya defended Pearl, saying, “If he is not proved guilty then who will be responsible for ruining his career? This is a very serious allegation, and it will greatly damage Pearl’s career. The TV industry has given him a stardom, I can tell you that he was about to sign a big film but now he has lost it all.”

“Pearl lost his father some time back. The same mother who is ill called me and wept and pleaded for my help. I am feeling very helpless, I am getting very angry. I know Pearl very well, we have worked together, she is a very nice person. Very serious about work and very hardworking. All this does not deserve the serious allegations leveled against him. This is the horrific side of #MeToo where a man’s career and his identity are being ruined.”

Divya wants to do everything she can for Pearl’s family. Regarding this, Divya said, “These are simple godly people of Agra, who do not know how to deal with this situation. I am glad that Ekta Kapoor has voiced for Pearl. Many more people need to come to his support. Because I really believe that he is innocent. What is being done to him by some vested interests is appalling. This should not happen to anyone.”

Divya also talked about Sushant Singh Rajput’s case. She said- “I didn’t know Sushant at all. But I spoke for them too. In this case I know Pearl. And I know he can’t do anything like that. They are being used. If Pearl is found not guilty, who will be held accountable for the impact all this has on her career?”

Apart from this, Divya has also written a long post in support of Pearl on Instagram. In which he has demanded justice, calling Pearl innocent. In this post, he first shared the picture of Anil Donde, Ekta Sharma and his daughter. After which he has shared a long post. Sharing the post, Divya wrote, “First of all let me introduce these people to you. This is Anil Donde and this woman is Ekta Sharma who is an actress. Anil Donde is the person who has filed a case against Pearl V Puri for raping their five-year-old girl on the sets of Balaji Television’s serial ‘Bepnaah Pyaar’ two years ago. Anil and Ekta are fighting for the custody of their daughter. And for the past two years, the daughter lives with Anil because she has filed a case against Ekta that she is an actress and takes the daughter with her on the set where she was raped, their daughter is unsafe with her mother. . I think Anil Donde should get a Filmfare Award for composing this screenplay. Now the police has arrested Pearl. I want to know why the police did not arrest him in 2019 itself when the case was filed. The reason for this is that in the FIR that was filed, it was written that she was with her mother when this act happened to the girl. Pearl’s name was not mentioned anywhere in the FIR. (I have personally read the FIR that my mother shared with me when she called me last night to ask for help.)

Further talking about the conversation between Ekta Sharma and Ekta Kapoor, Divya wrote, ‘Ekta Sharma herself while talking to Ekta Kapoor on the phone said that her husband is a psycho, who also used to abuse her physically and mentally. He has many proofs related to this, he has cleared the case saying that Pearl is innocent and nothing like this happened on the set. Ekta used to take the girl to her friends’ place and also to her co-actors’ place where everyone used to play with the girl. Divya also said that, ‘When this incident happened with the girl two years ago. 10 days after which his father lodged an FIR. Now the girl is seven years old and she has recognized the accused. For a moment we even assume that even if this has happened to the girl child. I want to know that how can a girl remember the name and face of that person at such a young age. In this post, showing kindness to that little girl, Divya also said that I do not know what must be happening to that innocent. Whom his father is teaching so wrong.