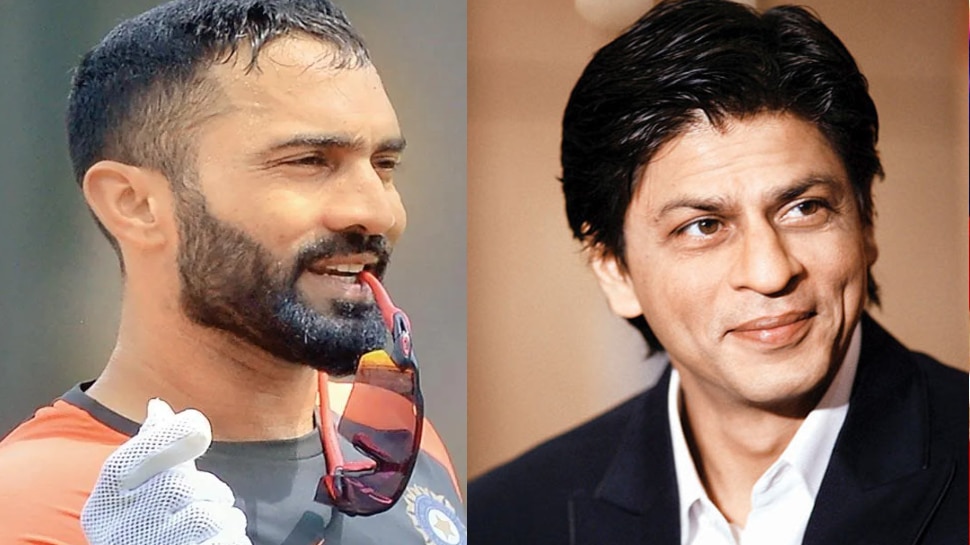 
New Delhi: Dinesh Karthik, former captain of IPL franchise Kolkata Knight Riders, has shared an anecdote which is very close to his heart. His team owner Shahrukh Khan once did something for him which he will not be able to forget for the rest of his life.

Dinesh Karthik is a part of Kolkata Knight Riders since 2018. He has told that when he was going through a very difficult time in his personal life, at that time Shah Rukh Khan did something to make him happy, listening to which you too will fall in love with him once again.

Dinesh Karthik said on Gaurav Kapoor’s podcast 22 Yarns, ‘There are very few people with such a big heart like him and the world needs people like him. He is very honest and takes care of you. Whatever happened in my life, he brought people from Chennai to Dubai at his own expense by taking a private jet.

He said, ‘I don’t know how many franchises will do this. But for me it was unbelievable and unreal. I had never sat on a private jet in my life. He won my heart once again by doing this. I can do anything for him, he is a wonderful person.

Shahrukh How is Kartik’s relationship with you?

Dinesh Karthik also told that he shares a wonderful bond with Shah Rukh Khan and how he spent a great time in Trinidad. Where he said, ‘They took me to Trinidad. He too stayed there for a few days. One team in their CPL is Trinbago Knight Riders. I also ate food with him for some time’.

He further said, ‘I ate vada pav in the streets of Trinidad. He also has an amazing fan following in Trinidad, where he has to wear a cap. Though some memories are bad, there are some things you can never forget and I have had a wonderful time with them.

Share on FacebookShare on TwitterShare on PinterestShare on LinkedIn Share on TumblrShare on RedditShare on VKontakte
filmsnews_inJuly 18, 2021