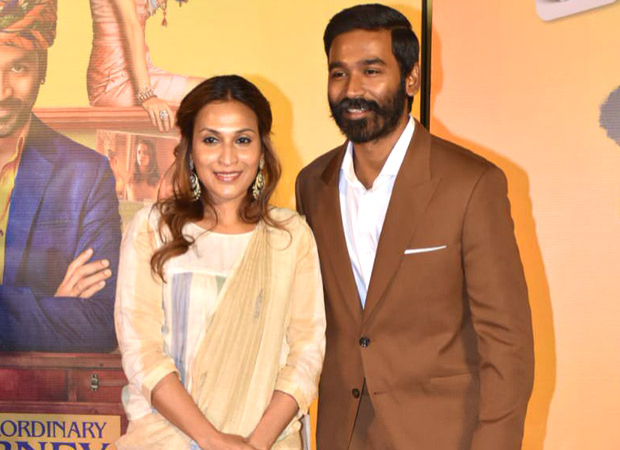 Films News > Blog > Bollywood News > Dhanush and his wife Aishwarya Rajinikanth ended their 18-year-old marriage, both of them decided to divorce with mutual consent
Bollywood News

Dhanush and his wife Aishwarya Rajinikanth ended their 18-year-old marriage, both of them decided to divorce with mutual consent

Dhanush got divorced with his wife

The news of Samantha Prabhu and Naga Chaitanya’s divorce is yet to cool down that yet another power couple has announced the end of their age-old marriage. South actor Rajinikanth’s daughter Aishwarya Rajinikanth and South actor Dhanush have ended their 18-year-old marriage. Dhanush has shared the news of his divorce with his wife Aishwarya with fans on his social media account. However, this decision has been taken by Aishwarya and Dhanush with mutual consent.

Dhanush got divorced with his wife

Announcing the news of his divorce with Aishwarya, Dhanush wrote on social media, “18 years of togetherness, friendship, couple, parents and well-wishers of each other, we had traveled a journey of growth, understanding, partnership. Today we are standing where our paths are separating. Aishwarya and I have decided to separate. We will find ourselves by separating from each other. Please respect our decision and let us deal with it while respecting our privacy.”

Aishwarya is the daughter of superstar Rajinikanth and married Dhanush in the year 2004. They have two children – Yatra and Linga. Although there were reports of estrangement between Dhanush and Aishwarya many times, both of them often termed these reports as rumours.