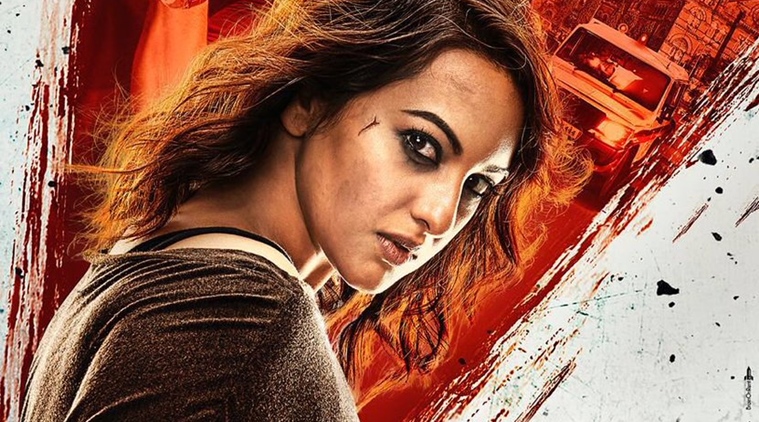 Fox Star Studio’s Akira, the Hindi remake of the superhit Tamil film Mauna Guru, follows a spunky woman, her spunky and ruthless-fighting gang of corrupt police who will go to any lengths to save their very existence. ‘s story. The film begins with a verbal introduction of Akira Sharma (Sonakshi Sinha) by Inspector Rabia (Konkana Sen Sharma). The story of the film begins with Akira’s childhood 14 years ago in Jodhpur (Rajasthan). When Akira is returning from school, she sees an acid attack with her own eyes. Due to this unpleasant incident, Akira’s deaf and deaf father (Atul Kulkarni) sends Akira to teach martial arts > Akira, a witness to the acid attack, is mistakenly attacked by one of the attackers when the accused acid attacks her. She throws acid, which leads to Akira being jailed at the Children’s Reformation Home. But as she grows up, after the death of her father, Akira moves to her brother’s house in Mumbai with her mother (Smita Jayakar) and enrolls in college. Akira’s life changes completely after coming to Mumbai. And then he would realize that he was punished for a crime he had not committed. After this, the series begins with Akira’s attacks, murders, physical and mental torture, and all this happens at the behest of drug sniffer ACP Rane (Anurag Kashyap) and his trusted policemen. The torture of an innocent Akira goes so far that she is officially declared insane and thrown away in an asylum. What was the reason that ACP Rane fell behind Akira’s life, whether Akira was able to find a way out of the asylum and prove her innocence, all this is known only after watching the film.

Even though films about women are being welcomed wholeheartedly in Bollywood today, making an excellent film in this genre requires an excellent story as well as a well-loved screenplay. In Akira’s case, the film’s weak screenplay (Santakumar, AR AR Murugadoss) makes the film sloppy, despite delivering a strong message and interesting concept. The script of the film is completely disjointed, which dominates the entire film like a villain. There was no entertaining element in the film due to limited action sequences, no romance and no music. This film proves to be a complete failure in the field of entertainment for the audience. The dialogues (Karan Singh Rathod) of the film have been extremely average.

Although director AR Murugadoss has a lot of name in the South film industry for giving more than one hit films. Akira is her third Hindi film (first Ghajini and second Holiday: A Soldier Never Off Duty). While two of AR Murugadoss’s films turned out to be blockbusters, Akira’s expectations were high from AR Murugadoss as a director. Despite moving the first half of the film in a fast and realistic manner, AR Murugadoss is unable to pull it off till the second half, due to a weak script. Akira’s second half gets really slow and lackluster and that’s where the film disappoints. As the film progresses it (unintentionally) loses its morality and the film takes on a serious and dark look, as can usually be seen in Anurag Kashyap’s films. The tagline of the film which shouted ‘Kisi ko bakhsha nahi jayega’ disappointed to a great extent as everyone expected the film to be full of action sequences and adrenaline rush due to this tagline. The film disappoints for both of them, at the end of the film, the audience feels cheated about it. There are many unexplained and unwanted scenes in the film that attack the name of cinematic freedom. The climax of the film gets completely blown up i.e. badly disappoints, this film is a good example of poor implementation of a good concept. Some scenes in a film, such as a mad patient driving a van for no fault of his own, the police’s delayed investigation, seems to be very moving.

On the acting front, the entire film rests on the shoulders of Sonakshi Sinha and Anurag Kashyap. Sonakshi has come out as a revelation in this film as compared to her previous films so far, that is, she has given the best performance in this film till date, while the other aspect is that, her action scenes in this film are very limited. But it cannot be denied that Akira has given Sonakshi an opportunity to showcase her scintillating acting and action sequences, but the ludicrous screenplay beat the film. As shown in the promo of the film, Sonakshi Sinha is doing dangerous stunts in the film, which was thought to be full of Sonakshi’s stunts but there is a lot of disappointment as Sonakshi has very few stunt scenes in the film. On the other hand, Anurag Kashyap has given a dangerous performance in this film. Although this is not Anurag’s first film as an actor, he proves his mettle as an actor in all the films he has starred in so far, as a brazen cop in Akira. Don’t miss his introduction scenes in the film where he teaches his subordinates about perfect timing. Konkona Sen Sharma, who is also known to be a fine director, is shown to be heavily pregnant throughout the film. Despite the limited screen time, Konkona does not disappoint the audience. The rest of the cast help in taking the film forward.

There is no scope (Vishal-Shekhar) for music in the film. Although its background score (Jon Stewart Eduri) helps its story. Cinematography (RD Rajasekhar, ISC) of the film is good. The editing of the film (A Sreekar Prasad) is absolutely average.

All in all, Akira is an interesting concept that gets bogged down by its weak script and lack of entertainment. This film will not be able to do wonders at the box office and it will be rejected which will cause huge loss to its investors.