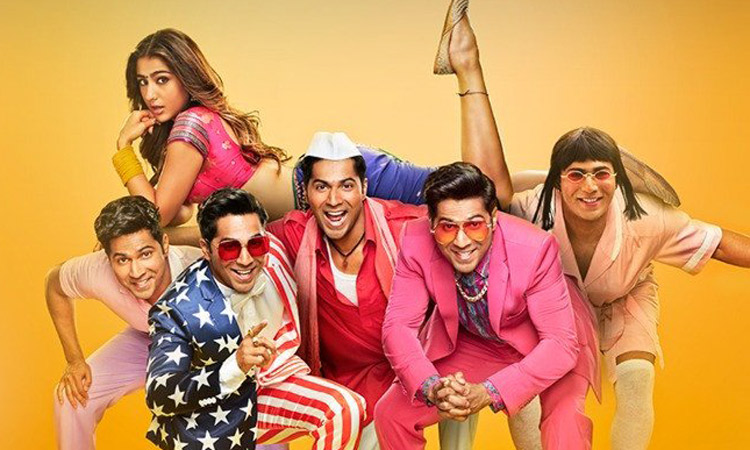 David Dhawan is especially known for entertaining masala films. The target audience of his films are those who just want entertainment. Barring a few films, most of his films have made the audience laugh and entertained a lot. Not only this, his films have also brought a smile on the faces of producers and distributors by earning well. He is a successful filmmaker without any doubt.

And that is one of the reasons why David Sir’s 45th directorial Coolie No 1 has raised the curiosity. But this time Dhawan sir is competing with himself. 25 years ago, in 1995, he co-starred with Govinda and Karisma Kapoor in the film Coolie No 1, which was well received not only for its humour, songs and drama but for everything. And this is the reason why this film is still in the mind of the people. And now that he has come up with a remake of such an entertaining film that has been loved by the audience, it is only natural to examine its remake closely.

Note- Coolie No 1 is strictly for those who enjoy such crazy entertainment. Also those people who just want to enjoy the film without any logic, purpose and intelligence. The purpose of such a film is only to entertain and laugh. Such films take you to a different world. We already got a glimpse of it in the trailer of Coolie No and thus the film lives up to its expectations.

The story of the film in a nutshell, that too without any spoilers – Coolie No 1 Ki Kahani Ek Coolie, named Raju [वरुण धवन] is, revolves around which Sara [सारा अली खान] falls in love with. However, Sarah’s father [परेश रावल] Wants his daughter to get married to a millionaire. So Coolie Raj pretends to be a business tycoon but his lies are exposed in front of Paresh Rawal. Watch the film to know what happens after that.

Varun and Sara’s Coolie No. 1, Govinda and Karisma Kapoor’s Coolie No. 1 [1995], which is from the Tamil film CHINNA MAPILLAI [1993] It was the Hindi remake of the updated version. David Dhawan sir retains the essence of the original film with some fresh punches considering today’s times.

Out of most David sir films, Coolie is the number one film which is a fun film with many untold moments. The basic objective of such fun film films is to attract maximum audience. The punch lines may sound petty but it works on the chemistry between Paresh and Varun. And this is the main reason why the film keeps you hooked.

Johnny Lever, Javed Jaffrey, Rajpal Yadav’s comic timing throughout the film adds more fun to the film. But on the contrary, some scenes seem to have been added forcibly which could have been removed. Especially, some scenes from the beginning of the second half.

Dhawan sir is a master in making films of this genre so he doesn’t have to work too hard for it. The writing of the film is comical and wacky. The film’s one liners bring a constant laugh on your face. The soundtrack is full of energy. Some Songs from the 1995 Original Film [‘मिर्ची लगी तो’, ‘हुस्न है सुहाना’] It’s a good idea to add K in the new film as these songs have always been memorable.

Varun Dhawan gets immersed in his character easily. To play such a role, the artist has to behave in a pompous manner, and Varun is seen following it to the fullest. At times Varun’s acting seems like over acting, but it works well for a film of this genre. Paresh Rawal also does a great job and it is really great to see him in this film. Actually Varun and Paresh’s comic timing is excellent.

Overall Coolie No 1 is a typical David Dhawan masala film which is insane, over the top but fun and entertaining at the same time. You can enjoy this movie.