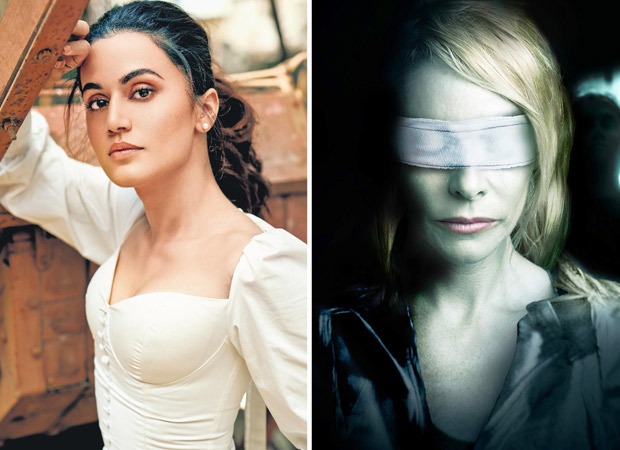 Continuing its focus on path-breaking content films, Zee Studios in association with Outsiders Films and Echelon Productions has released the first look of the film Blur. Versatile actress Taapsee Pannu will be seen in this film. He is known for his nuanced performances in films which are not only loved by the audience but also highly acclaimed. The film will be directed by Ajay Behl, who is known for his film Section 375, which was highly appreciated by the audience. The blur has been jointly written by Pawan Soni and Ajay Behl. The poster of the film has garnered keen interest among the audience and with a new wave of thrillers, the blur is all set to take the level higher.

Zee Studios Chief Business Officer, Sharik Patel shared, “We are delighted to share the first look of our project with the audience. It is exciting to see Taapsee and Ajay, two of the most creative people coming together to create magic with Blur. The script is unique and highly engaging, and we all look forward to the journey ahead.”

After delivering several successful thrillers, Taapsee Pannu has turned producer with her partner Pranjal Khanddia from Outsiders Films. She shares, “Blur is the script I was waiting for. I am happy to be a producer with this film and with the support of the co-producers and the team, I am sure it is going to be a prosperous journey. Collaborating with Ajay is as exciting as I have seen his work. He is the best to bring the gripping story of Blurr to the screen.”

Vishal Rana of Echelon Productions shared, “Blur is one of the best scripts I have read. Being a huge fan of thrillers myself, I wanted to make this film in a certain way that would amaze the audience. Directed by Ajay Behl and with Taapsee leading the star cast, we have roped in the best of the industry’s talent to make this film. With Zee Studios, we have found the right partner and now we can’t wait to start this wonderful journey of making this film together.”

Section 375, B.A. Paas director Ajay Behl shared, “Blur is an thought-provoking and intriguing story that really excited me as a director. This association with Zee Studios and Taapsee will surely make Blur a memorable film for me. I believe Blurr will not only be a power-packed entertainer but will also leave a deep impression on the audience because it is not only an engaging psychological thriller but also has an interesting social context.”

Promising at first glance, the film will surely be an interesting watch as it features some of the biggest names in the industry.

The film will go on floors soon and more details will be released soon.