Cheer Haran: The Unseen Side Of 2016 Riots | Cheer Haran brings Panorama Spotlight and Twister Entertainment based on the Jat Reservation Movement in Haryana – Bollywood News in Hindi

Bringing Panorama Spotlight and Twister Entertainment is Cheer Haran, which is based on the Jat Reservation Movement in Haryana in 2016. This documentary has been directed by Kuldeep Ruheel. In February 2016, Haryana was struck by a major crisis when suddenly, a peaceful reservation movement turned to unexpected violence; Reservation protests turned into ugly riots of casteists. Due to this movement law and order collapsed and property worth crores was destroyed by stone pelting and arson. During this, the most disturbing fact was that 31 innocent people were killed and hundreds of youths were sent to jail.

The news of women being gang-raped during the riots was spreading fast through the media. All kinds of unspeakable rumors were being circulated to make the situation worse. Was this news true or fake?

According to the makers, the film is a humble attempt to explore Cheer Haran, the protest and the many reasons behind it that fueled the violence. The film alerts the society about such conflicts and shows the consequences they have caused.

Director Kuldeep Ruhil said, “Cheer Haran is an attempt to understand and analyze the plan of any violent human conflict. So that future PDs can be warned of the terrible destruction caused by such riots.” 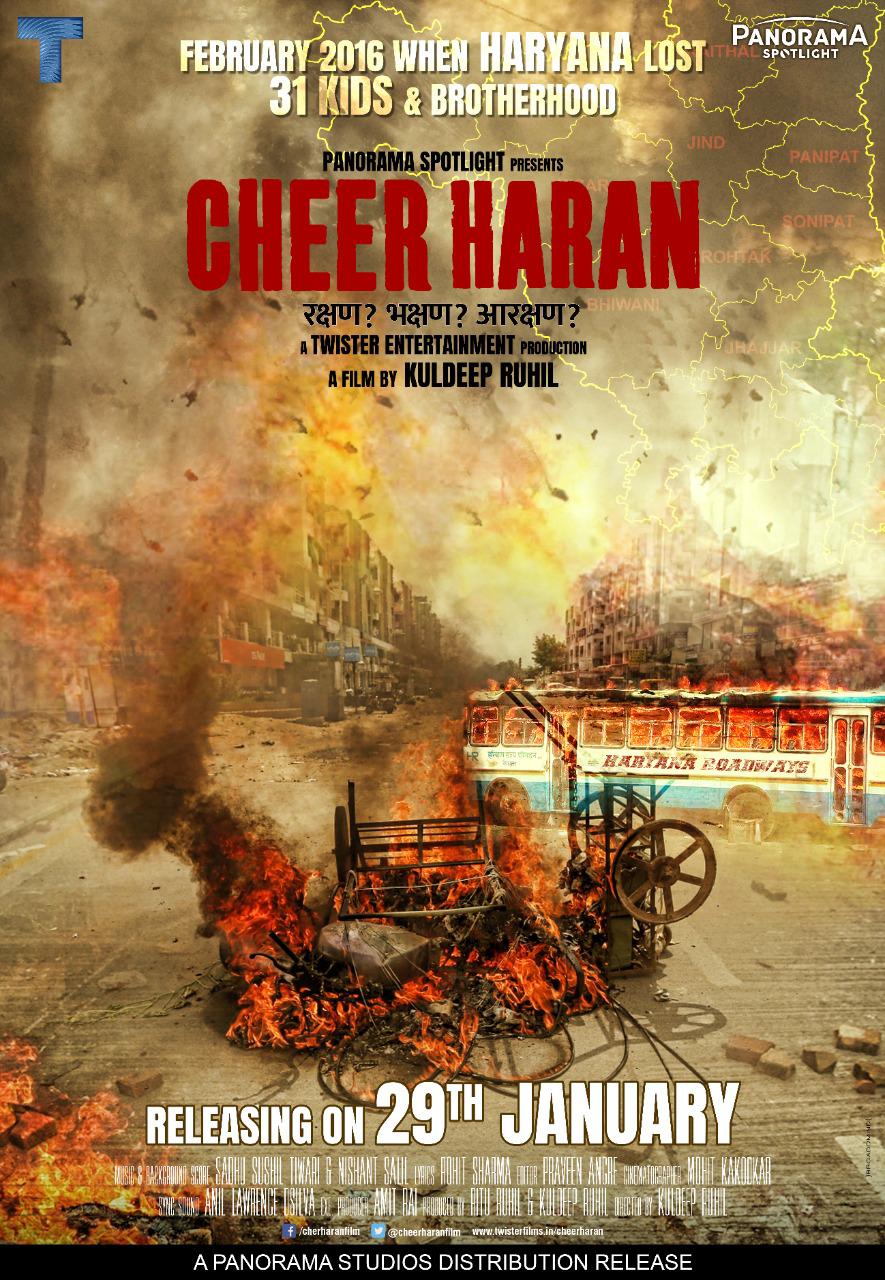 The first poster of the film was released by the team on social media today. Presented by Panorama Spotlight and produced by Twister Entertainment, the film will hit theaters in North India on January 29. This is a Panorama Studios distribution release.