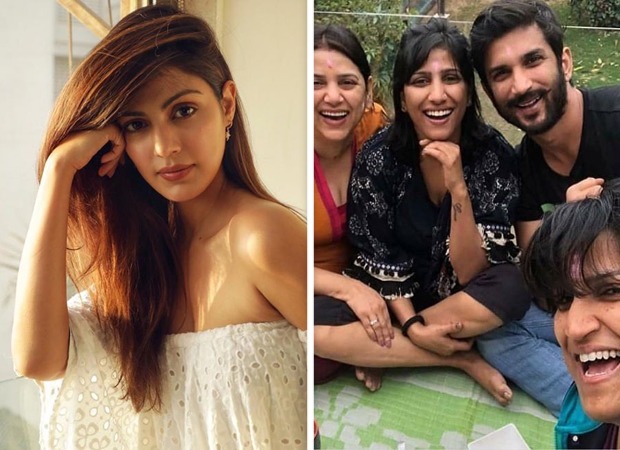 A case was registered by the Mumbai Police against Sushant’s sisters Priyanka Singh and Mitu Singh, on which both of them filed a petition. On this, the CBI has now said that such a possibility cannot be a ground for FIR. In its statement, the CBI said, “Most of the allegations in the present FIR are of conjecture and speculation in nature.”

sushant case investigation is going on

The CBI also said that the FIR lodged by Sushant’s father KK Singh against Riya and her family is under investigation. The CBI said, “The police should do a preliminary inquiry before registering the FIR. Two FIRs cannot be registered for the same thing. We are probing the cause of Sushant’s death. In view of this, the Mumbai Police was expected to forward Riya’s complaint to us, and not to register the FIR itself.”

Why did Riya keep quiet on the false prescription?

The CBI also said that if Riya knew about the mobile phone chat between Sushant and sister Priyanka that took place in June 2020 and if Priyanka had sent a false prescription to Sushant during the same period, Riya should not have kept quiet till September. Should have kept The matter will now come up for hearing on November 4.

Let us tell you that in September, Riya had filed a case against Sushant’s sisters for cheating and illegally giving medicines to Sushant. In her complaint, Riya has named Priyanka Singh, Mitu Singh and Dr Tarun Kumar of Ram Manohar Lohia Hospital as accused. In the FIR, it was alleged that Sushant’s sisters gave medicines to Sushant without any doctor’s prescription, due to which the actor had a panic attack. This FIR was lodged at Bandra Police Station and later it was transferred to CBI.

Tags:Rhea Chakraborty
Share on FacebookShare on TwitterShare on PinterestShare on LinkedIn Share on TumblrShare on RedditShare on VKontakte
Bollywood HungamaOctober 10, 2021