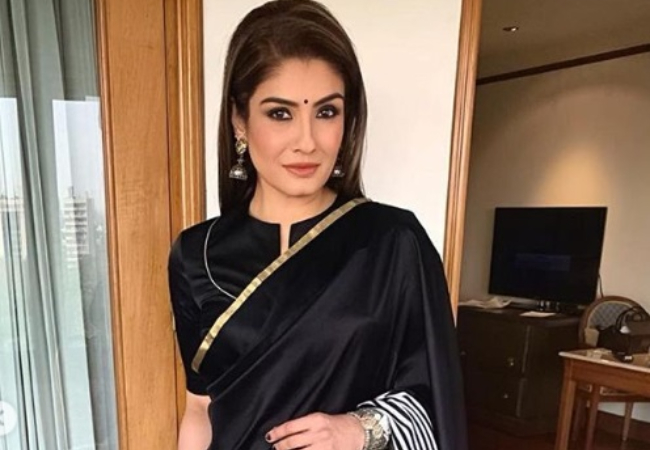 “Camps do exist”- Raveena Tandon opens up on politics, fake news and favouritism in Bollywood | After the death of Sushant Singh Rajput, now Raveena Tandon reveals the dark truth inside the film world – Bollywood News in Hindi

While the whole country is in shock with the death of Sushant Singh Rajput, it has once again started a big debate on the nepotism present in Bollywood. The sudden departure of Sushant Singh Rajput, who has made his mark in the entertainment world on his own without any godfather, is also troubling everyone in this way. Some Bollywood stars have openly attributed the death of Sushant Singh Rajput to politics and nepotism in the film industry through their tweets. At the same time, Bollywood actress Raveena Tandon has also spoken openly on this issue. Raveena Tandon has told the dark truth of the film industry that this industry is divided into camps and there is dirty politics too. Along with this, Raveena also said that she is grateful for whatever the industry has given her, but the dirty politics of some people make her mind sour.

Raveena Tandon said that the industry is divided into camps

Raveena shared the experience she had with him in the industry through several consecutive tweets. Deeply saddened by Sushant’s suicide, Raveena wrote on Twitter, “The industry’s mean girl gang, camp hai, jokes have been made, heroes, their girlfriends, chamche journalists and fake media stories that ruined their careers have been removed from films. Sometimes careers are ruined. You have to fight to survive, you have to fight back, some survive, some don’t.”

Raveena wrote in her second tweet, “When you tell the truth you are branded a liar, mad, psychotic. Chamche journalists write full pages and waste all your hard work.

It can happen to someone born within,an “insider” as I can hear insider/outsider words,some anchors blaring away.But you fight back.The more they tried to bury me,the harder I fought back. Dirty politics happen everywhere. But sometimes one roots for good to win,and Evil to lose. https://t.co/NMIkUgkLbW

Raveena did not stop here, she further wrote, “This can happen to anyone who is born in the industry, ‘Insider’ as I can hear some anchors insider/outsider shouting. But you fight. The more they tried to suppress me, the faster I fought back. Dirty politics happens everywhere. He also wrote, I love my industry but yes, the pressure is too much. There are good people here and there are people who do the dirty work. There are all kinds of people but the world is like that.”

I love my industry,but yes,the pressures are high,there are good people and people who play dirty, there are all kinds,but that’s what makes the https://t.co/YEXmquEDj2 has to pick up the pieces,walk again and again,with the head held high.Goodnight world.I pray for a better tmrw https://t.co/52nGxPma2m