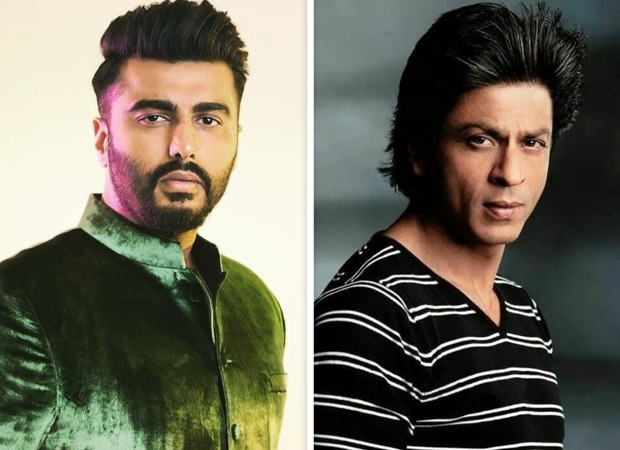 Bollywood Hungama was the first to tell you that Arjun Kapoor will soon be playing the lead role in Shah Rukh Khan’s upcoming thriller. The film will be produced by Shah Rukh Khan’s production house Red Chillies Entertainment and will be directed by Pulkit, who co-created the acclaimed web series Bose: Dead and Alive with Rajkummar Rao. Not only this, we told you that this Arjun Kapoor film will be based on a real life incident in which Arjun will be seen in the role of a police officer. And now Bollywood Hungama has exclusively learned about the film that is currently titled Dhamaka, produced by Shah Rukh Khan and is expected to start shooting from February next year.

“The film is currently titled Dhamaka because as it is based on a real-life criminal incident whose revelations have shocked everyone and proved to be a global blast. Though with Dhamaka, discussions are still going on on more titles.” The source told Bollywood Hungama. The source further added that, this one word name, Dhamaka will surely leave an indelible mark among the audience.

Talking about Arjun’s Dhamaka, the film will be based on the real-life incident that took place in the year 2018, shelter mass abuse in Muzaffarpur. Pulkit has written the script of this film and he will also direct it. To bring the story to life, Pulkit has done a lot of research.

Read also: SCOOP: Arjun Kapoor to be a police officer in Shah Rukh Khan production’s real-life film? This will be the plot of the film

Apart from Arjun’s Dhamaka, Shah Rukh’s Red Chillies with Abhishek Bachchan in Bob Biswas, which is a spin-off of Kahaani. Apart from this, Shahrukh’s Red Chillies is also making a dark comedy film with Alia Bhatt. On the acting front, Shah Rukh will soon start shooting for Pathan, directed by Siddharth Anand under Yash Raj Productions. Apart from this, he is also going to do films directed by Rajkumar Hirani, Atlee Kumar.