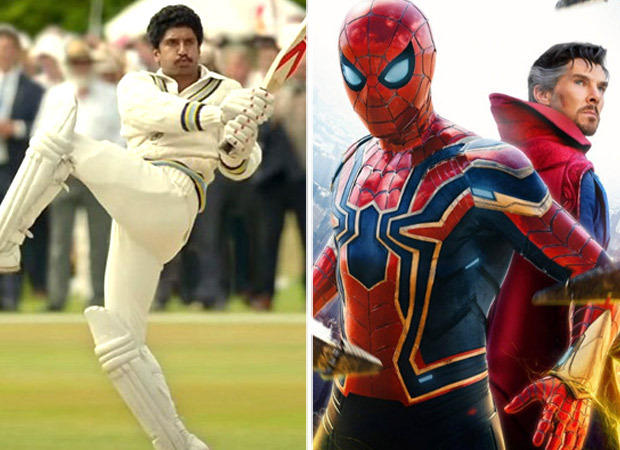 Ranvir Singh starrer ’83, revolving around India’s historic 1983 World Cup victory, is building up excitement for the film as it nears its release. Ranveer Singh will be seen in the role of cricketer Kapil Dev in this film. The release of the film was awaited for the last one and a half years due to the pandemic, so the makers are also leaving no stone unturned to release the film on a large scale in theatres. ’83 will not only release in 2D but also in 3D.

But Bollywood Hungama has learned that there has been some change in the release format of the film. A source close to us told us, “The makers first wanted to release the film on the IMAX version as well. They feel, and whatever is true, that the film is a larger than life sports drama film. So it should also have a massive release. So the makers wanted to release it on the IMAX version and that was one of the reasons why the film was converted from 2D to 3D.”

But the sad thing is that this will no longer be the case. When we asked the source why the makers changed their decision, the source said, “When the makers approached the IMAX officials in North America for their approval, they declined their request. That’s because ’83 is releasing on December 24, 2021, a week after the release of the much-anticipated superhero flick, Spider-Man: No Way Home. And not only that, the fourth part of the acclaimed The Matrix series, The Matrix Resurrection, will be released worldwide on December 22. Both these films will be released in IMAX version. The IMAX management is not in favor of releasing multiple films in the IMAX version at the same time. That’s why they refused to approve the makers of ’83’.

Trade expert says about this that “If 83 was released in IMAX version then it would have been great to see it exclusively in 3D IMAX version”. But despite this, the film has garnered a lot of headlines due to its theme. And its good box office collection is expected. Surely its 3D version will increase its earnings.”

Let us tell you that in January 2022, two Indian films will be released in the IMAX version, one is SS Rajamouli’s period drama film RRR and the other is Akshay Kumar’s Prithviraj. While Yash Raj Films’ Prithviraj will release in 2D version, RRR will also release in 3D and 3D IMAX.