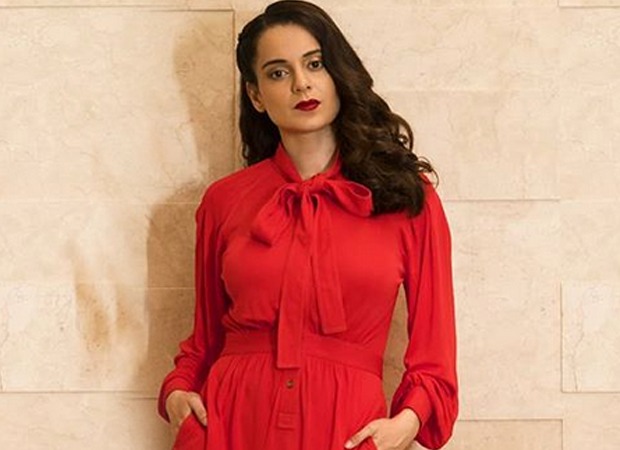 The war of words between Bollywood actress Kangana Ranaut and the Maharashtra government has now taken a different form. Kangana Ranaut recently compared Mumbai to Pakistan-occupied Kashmir, leading to a tussle between Kangana and Shiv Sena that the BMC fired a bulldozer over the illegal construction of Kangana’s office on Pali Hill Road in Bandra West. BMC team along with JCB and laborers reached Kangana Ranaut’s office and demolished the illegal construction. But now the Bombay High Court has banned any kind of sabotage. Kangana’s lawyer has taken a stay order from the court against this action of BMC. Kangana’s lawyer says that it is wrong to act so soon after the notice.

Kangana, who was in her hometown Manali due to the Corona lockdown, has reached Mumbai today. However, Kangana had sought one week’s extension from BMC. But BMC did not give them time and started their action. Angry at this action of BMC, Kangana has called it Babur’s army for killing and sabotaging democracy. Kangana tweeted, “The first film Ayodhya was announced in Manikarnika Films, this is not a building for me, it is a Ram Mandir. Today Babar has come there, today history will repeat itself again, Ram temple will be broken again, but remember Babar, this temple will be built again, this temple will be built again, Jai Shri Ram, Jai Shri Ram, Jai Shri Ram.

There has been vandalism both outside and inside Kangana’s office. The glass of the windows from outside was broken by JCB. The BMC team ran as much sabotage as they could before the lawyer could bring the stay.

The toilet on the ground floor has been illegally converted into an office cabin.

The kitchen has been constructed illegally in the store room on the ground floor.

Toilets have been built beside the stairs, in the store room and in the parking lot by illegal construction.

The construction of pantry on the ground floor is also illegal.

In the living room on the first floor, the room and cabin have been made illegally by making a wooden partition.

The construction of toilets in the Chowk area on the first floor is also illegal.

A slab has been constructed on the first floor illegally on the front.

The direction and location of the stairs on the second floor have been changed.

– The balcony has been included in the seating area on the second floor. The partition wall has been broken.

Let us tell you that Sanjay Raut threatened Kangana not to come to Mumbai after Kangana’s statement that she feared Mumbai Police and compared Mumbai to PoK, while Maharashtra Home Minister Anil Deshmukh also warned Kangana not to stay in Mumbai. Was . After this, Kangana challenged Sanjay Raut and Anil Deshmukh to come to Mumbai on 9 September. After this Kangana got ‘Y’ category security. Kangana got this protection when she expressed her fear that she was in danger if she went to Mumbai. They can be attacked. Because they are getting threats of assault. After this Kangana was given Y plus security cover.