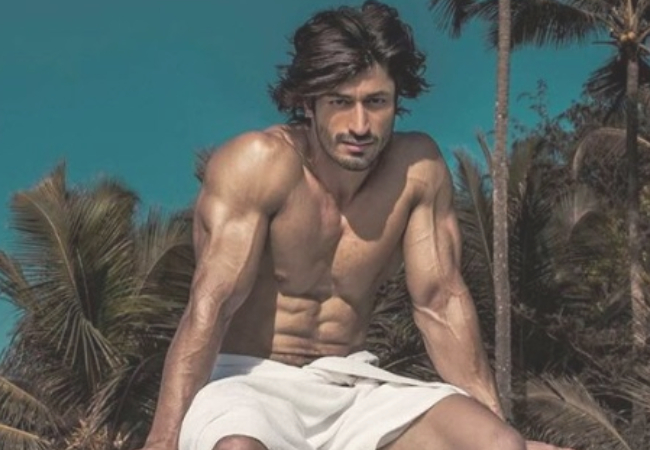 Bollywood action star Vidyut Jammwal’s name has been included in this list along with Russian President Putin and Bear Grylls.

You know what Russian President Vladimir Putin, The Men vs Wild host Bear Grylls, and action star Vidyut Jammwal have in common? So let us tell you. A portal called The Richest has acknowledged him as a warrior that no one would ever want to mess with. Russian President Putin, who is a 9th dan black belt in Taekwondo. Grylls, a world-renowned adventurer, and Bollywood actor Vidyut Jammwal, one of the most dangerous warriors of all time. That’s why Vidyut Jammwal has been included in the list of ’10 People You Don’t Mess With’ (10 People You Don’t Mess With) by The Richest.

Vidyut Jammwal does dangerous action without a body double

Hailed as the best action star of his generation, Vidyut is the only Indian actor to have earned his name in this coveted list. Vidyut is known for doing dangerously dangerous scenes and stunts in films without using a body double. He has been recognized internationally by the portal for pursuing higher education in martial arts.

Action star Vidyut has often emphasized that fighting is not just about muscles and strength. Sharing what it means to be a true martial artist according to Vidyut, the portal wrote, “Punching and kicking never make a great martial artist, but rather by throwing your opponent off balance and being patient. is formed.”

Have done many live action shows in more than 25 countries

Action star Vidyut started taking Kalaripayat training from the age of 3. He has always had a lot of love and affection for fitness. This Khuda Hafiz actor has done many live action shows in more than 25 countries. He is amazing in hand to hand combat. Recently introduced the segment ‘X Raid by Vidyut’ on his YouTube channel, which depicts the life of legends from the world of action.

Read also: Vidyut Jamwal with his ‘Goodwill for Good’ initiative will rescue people from financial crisis during the Corona period.

Apart from The Richest Portal, Vidyut’s name is included in many more lists like ‘Top 10 Martial Artists of the World’, ‘Most Desirable’, ‘Fittest Men with the Best Bodies’ and ‘Sexiest Men Alive’. She was also voted as the Hottest Vegetarian Celebrity by PETA India.

Tags:Vidyut Jammwal only Indian actor to feature in
Share on FacebookShare on TwitterShare on PinterestShare on LinkedIn Share on TumblrShare on RedditShare on VKontakte
Bollywood HungamaNovember 24, 2021