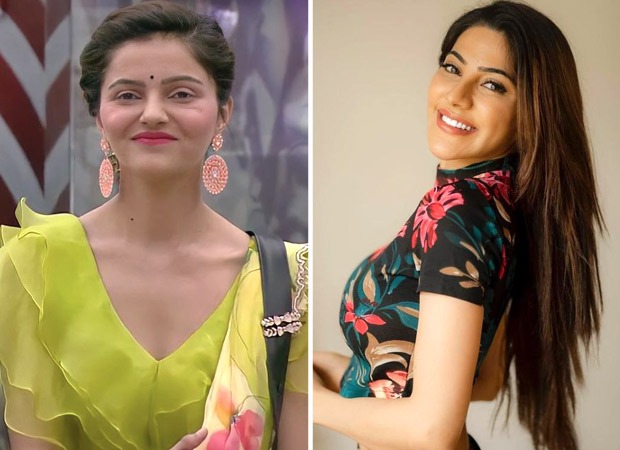 Bigg Boss 14 is now at its last stop, in such a situation, more than one twist is being seen in the show. Like always, this time too, Bigg Boss 14 entertained the audience a lot. With only two weeks left for the finale, all the remaining contestants in the house have intensified their race for the winner’s trophy. Recently, Bigg Boss put a task to reach the finale in which the winner will get a chance to go straight to the final. And now the news is coming that Rubina Dilaik has won the ticket for this ‘Ticket to Finale’ of Bigg Boss. Not only this, Rubina Dilaik has also declared Nikki Tamboli as the first finalist by saving her from nomination.

According to the news, in this ‘Ticket to Finale’ task of Bigg Boss, Ali Goni, Rahul Vaidya and Rubina stood firm till the end. The operator of this task was Paras Chhabra who had to decide who became the winner of this task and managed to get the ticket to the finale. Paras gives Rubina a chance to go to the ticket to finale while giving her decision. Thus Rubina becomes the first contestant to go to the finals. However, it is also being said in the news that at the end of this task, Rahul had 40 sacks in his barrel, while Rubina’s barrel had only 30. But still at the end of the game, the operator Paras Chhabra called Rubina the winner of the task.

Nikki got the benefit of friendship

Now there is a twist in this that since Rubina is already nominated for homelessness as a punishment, she does not get the ticket to the finale. Now Rubina is given the right to give ‘Ticket to Finale’ to any one member. In such a situation, Rubina shows her friendship with Nikki Tamboli and gives her this ticket. So in this way Nikki Tamboli has become the first contestant to enter the finale.

Read also: The grand finale of Bigg Boss 14 will be on February 21, will these two shows replace Salman Khan’s show?