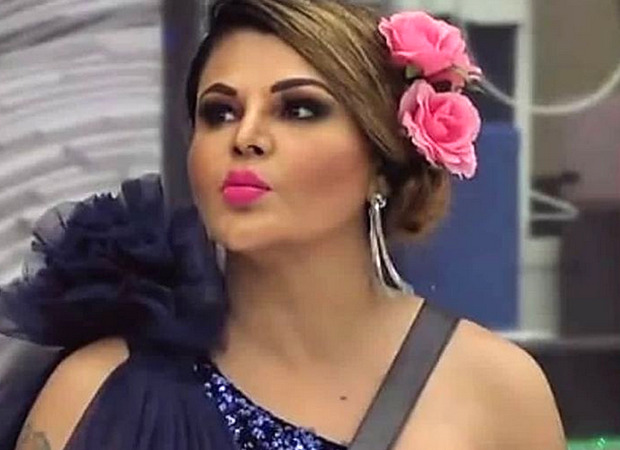 Bigg Boss 14 is now at its last stop, in such a situation, more than one twist is being seen in the show. Like always, this time too, Bigg Boss 14 entertained the audience a lot. With only two weeks left for the finale, all the remaining contestants in the house have intensified their race for the winner’s trophy. Recently, Bigg Boss put a task to reach the finale in which the winner will get a chance to go straight to the final. Nikki Tamboli became the first finalist in this ‘Ticket to Finale’ of Bigg Boss. And now Rakhi Sawant has become the second finalist. Rakhi Sawant has confirmed her place in Finale Week by making a big sacrifice.

After the first ‘Ticket to Finale’ task is over, Bigg Boss gave another chance to the rest of the family members, if they win, they can also reach the finale week directly. In this task, a check of Rs 14 lakh was kept in the garden area. The task was that whoever would be able to find this check would get an entry in the finale week, but there was also a condition that a total of Rs 14 lakh would be deducted from the prize money. In this task of Bigg Boss 14, one of Rakhi, Ali Goni and Rahul Vaidya had to raise this check.

Rakhi picks up the check which was worth Rs 14 lakh without delay. But according to the condition of Bigg Boss, the amount of this check has to be less than the winning amount of this season. So Rahul Vaidya and Ali Goni explain to Rakhi that if she doesn’t win the finale, her Rs 14 lakh will be gone and she needs money, but Rakhi doesn’t listen to them and deposits the check to Bigg Boss. By giving this sacrifice, Rakhi becomes the second finalist to go to Finale Week.

Let us tell you that before this ‘Ticket to Finale’ of Bigg Boss was won by Rubina Dilaik, but because Rubina is already nominated for homelessness as a punishment, she does not get the ticket to the finale but gets a privilege. Using which she makes Nikki Tamboli the first finalist.

Read also: The grand finale of Bigg Boss 14 will be on February 21, will these two shows replace Salman Khan’s show?