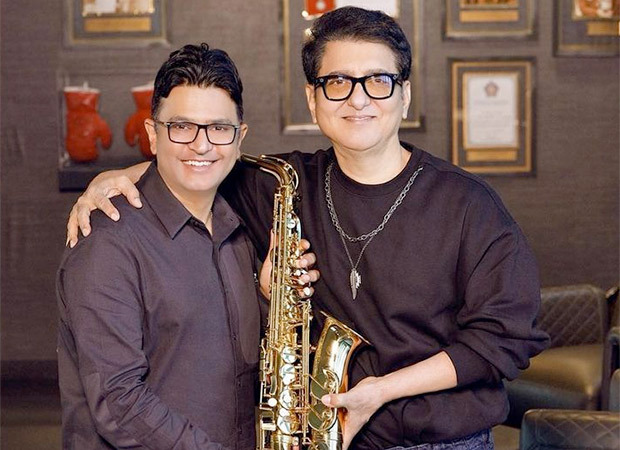 Well-known names of Bollywood industry Sajid Nadiadwala and Bhushan Kumar have been entertaining the audience with their songs for more than 2 decades. One of India’s biggest producer and music label achieved huge success with the chartbuster hit in the film through its hit music. Music is a universal language that has the power to bring people together. This has been the foundation of this journey of 21 years together with Sajid Nadiadwala and Bhushan Kumar. This strong association which was started in 1999, which saw a flurry of hits during that time, not only that it has given some chartbusters like Bala Bala from Housefull 4, Khairyat of Chhichhore 2 garnered 1 Billion views on YouTube Which is special in itself.

Recalling his 21-year journey, filmmaker and director Nadiadwala Grandson Entertainment owner Sajid Nadiadwala says, “T-Series is like home to me! Bhushan Kumar plays a vital role in my company in supplying some of the best content and music. Despite getting offers from different music companies, I have and will continue to work with T-Series because of the quality of the work and the bond they share together. I met Bhushan Kumar when he was just 19 years old and I saw in him that spark of music which is still alive, but has grown and transformed into this long-standing relationship. The best part about him is that he understands me and my work very well, we have come up with different songs for different genres which have been loved and appreciated by the audiences.”

T-Series Chairman and Managing Director Bhushan Kumar says, “Sajid bhai has been a strong pillar, he is like a brother to me and I am really grateful to him for the immense support he has shown since the very first film. We did the first film together, Har Dil Jo Pyaar Karega. Initially when not many people supported me, they believed in me and contributed to the success of T-Series. It is definitely a music label and a film. The bond between the makers is so much more than that. After working together for 21 years, these years honestly feel like a moment, but I’m really proud of the roads we’ve taken through this journey. made together.”

This kind of support and respect for each other by these two stalwarts in the industry, motivates them to do even better things in the times to come.