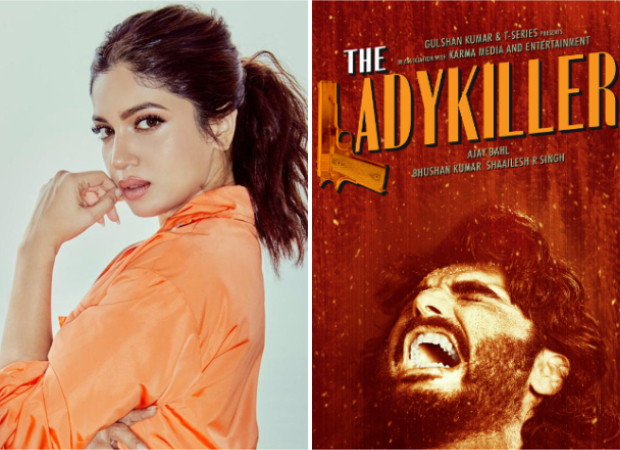 Bhumi Pednekar has been signed in The Lady Killer starring Arjun Kapoor, produced by Bhushan Kumar and Shailesh R Singh and directed by Ajay Behl. The suspense drama The Lady Killer will take viewers through the story of a small town playboy who falls in love during their tumultuous romance with a self-destructive beauty. Filled with thrilling twists and nerve-racking suspense, The Lady Killer promises to be a delicious mix of unpredictability and entertainment.

Bhumi Pednekar with Arjun Kapoor in The Lady Killer

Bhushan Kumar, Managing Director and Chairman, T-Series, says, “We are extremely excited to have Bhumi Pednekar on the team of ‘The Lady Killer’. Bhumi’s versatility with Arjun Kapoor’s style and personality is a wonderful combination, the new couple’s chemistry with Ajay’s vision in this suspense drama film will definitely be worth a watch.”

Actress Bhumi says about this, “New and challenging things have always excited me and The Lady Killer has attracted me from the beginning. As an actor, this character gives me a chance to step out of my comfort zone and do a lot more. I can’t wait to start working with Arjun Kapoor, director Ajay Behl, producer Bhushan sir, and Shailesh sir.”

Producer Shailesh R Singh says, “Bhoomi is a genius and brings just the right vibe and flavor to ‘The Lady Killer’. We are extremely happy that she will be seen opposite Arjun Kapoor as the lead in this film. It is definitely going to be a wonderful journey.”

The director of the film, Ajay Behl says, “The Lady Killer is full of emotions, and for this film, we needed an actress who would be a good fit for the character. I am extremely glad that Arjun Kapoor and Bhumi are a part of this film. They not only fit the character well but they will also bring their signature style and flair to the film.”

The Lady Killer starring Arjun Kapoor and Bhumi Pednekar will be produced by Bhushan Kumar, Krishan Kumar and Shailesh R Singh. Directed by Ajay Bahl, the film will be presented by Gulshan Kumar and T-Series in association with Karma Media and Entertainment.