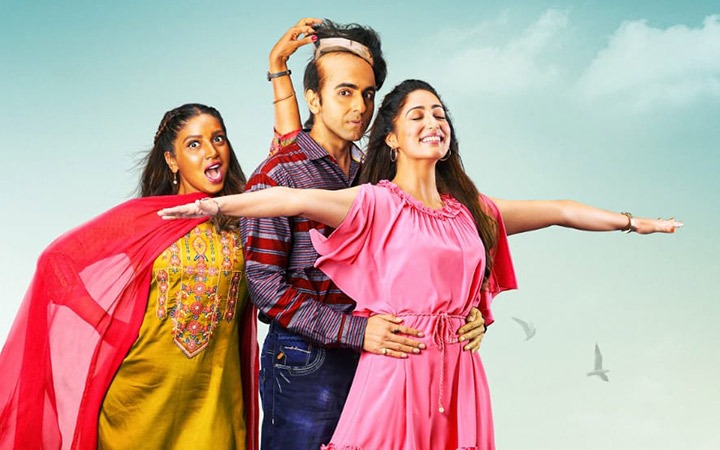 Bala is a story of accepting yourself in spite of flaws. This is the year 2005. Balmukund Shukla aka Bala (Sachin Choudhary) is a kid from Kanpur who takes pride in his looks and hair. She is very popular in her school and has a lot of female fans. He is so happy with his looks that he even makes fun of his classmate and neighbor Latika (Sani Tauqeer) because of her dark complexion. The story then moves forward 11 years. Now the year 2016 has arrived and Bala (Ayushmann Khurrana) is facing premature balding. He works in the marketing team of Fairness Products. Latika (Bhumi Pednekar) is a firebrand lawyer and the two still cannot see eye to eye. Bala tries a lot of techniques to make his hair grow but nothing works. Hair transplant is an option, but he is a diabetic patient so cannot opt ​​for this option. With no other option at hand, Bala accepts the suggestion of his father Hari (Saurabh Shukla) and puts on a wig. Now he is sent to Lucknow where an advertisement is to be shot with Pari Mishra (Yami Gautam). Pari is a popular TikTok star and Bala has a crush on her. He meets her during the shoot and woos her. In no time the two fall in love and start a romantic relationship. Now that their relationship is taking a serious turn, Bala feels that she should tell Pari that he is bald and wears a wig. But then he learns that external beauty matters to Pari. He is afraid that if he tells everything to Pari, then Pari might leave him. Apart from all this, the family of both of them meets and their marriage is fixed. What happens next after this, it will be known after watching the rest of the film.

Niren Bhatt’s story (Original story penned by Pavail) is classic and innovative. The makers have given a very good message through the film. Niren Bhatt’s screenplay (with additional screenplay by Ravi Mappa) ensures that the message of the film comes across in an entertaining manner without sounding preachy. Niren Bhatt’s dialogues are one of the high points. There are some one-liners in the film that take the film to a whole new level.

Amar Kaushik’s direction is excellent and he proves that he knows how to use his skills as well as shows that his directorial debut Stree [2018] There was no point in the arrow. The treatment of the film is very simple and adds a lot to the script. The pace at which the film progresses is commendable. There are also many such scenes where the situation suddenly turns from comic to serious or vice versa. It is all well kneaded. Apart from this, the final scene is well made which will be loved by not only the family but also the youngsters and the cinema lovers.

Reflecting on Bala’s childhood, Bala begins on a very amusing note. After Bala grows up, his family and professional life is introduced, till then the interest in the film remains intact. There isn’t that much humor in the initial parts but the humor is heightened by the scene where Bala tries 200+ remedies to get his hair back. Some of these remedies are literally ‘hair growers’, which bring laughter. The film becomes more interesting when Bala meets Pari in Lucknow. Their romance is fueled by the Tiktok video series which will be well received by the audience. While there is maximum comedy in the first half, the story in the second half gets dramatic going on a serious note. From here the interest wanes but then at the climax the film goes to a high level. The final scene is unconventional but works. There is another scene in the second half which needs to be mentioned in which Ayushmann and his friend run away with the newspaper copies. It brings laughter in the theatre. 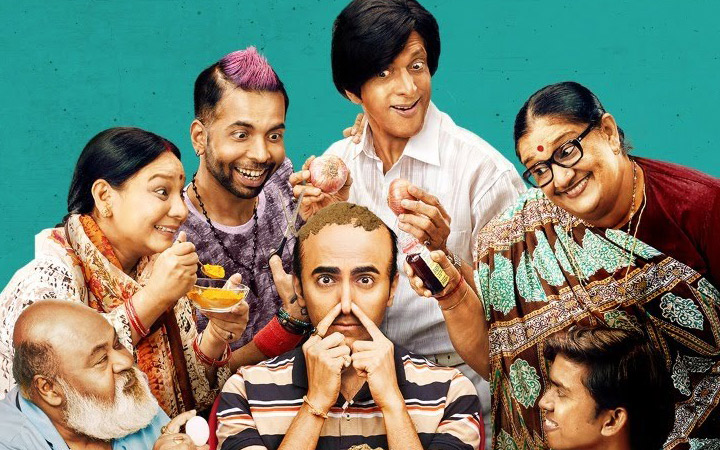 Bala is completely Ayushmann Khurrana’s film. He plays his character so naturally that it is as if he has been bald for the rest of his life. Bala’s character is quite filmy, he loves songs from the 90s, and Ayushmann plays this aspect very well in an entertaining way. Apart from this, he also handles dramatic and confrontation scenes with ease. Bhumi Pednekar seems a bit awkward initially but she plays her character with perfection which seems natural. She doesn’t have much to do in the first half but she dominates in the second half. It can be considered as the best work of the land till date. Yami Gautam, looks engrossed in her character and does full justice to her role. The way he has worked on his accent is noteworthy. She has a scene in the second half which she does so well that the audience can’t stop clapping for her. Child actors Sachin Chowdhary and Sanaya Tauqeer are good. Saurabh Shukla is as dependable as ever and he is captivated in the scene in which Bala apologizes to him. Dhirendra Gautam (Vihaan) leaves an indelible mark but a part of him reminds of Shardul Rana, who congratulated him. [2018] He played the role of Ayushmann’s younger brother. His anger in the first half is very funny. Abhishek Banerjee (Ajju) is decent in the supporting part. Javed Jaffrey (Bachchan Pandey) is fine but he doesn’t have much to do. Seema Pahwa (Latika’s aunt) is adorable. Other actors include Sunita Rajwar (Bala’s mother Manju), Umesh Shukla (Bala’s maternal grandfather), Sumit Arora (Bala’s boss), Yash Chaturvedi (Bala’s aide Varun), Shashi Verma (hair transplant doctor) and Mushtaq Khan (lawyer Rain). ) is good. Ayushmann’s brother Aparshakti Khurana is also seen in a funny scene. Lastly, Vijay Raaz is the facilitator of the film and surprisingly, he is a part of ‘Baal’! And it gives the film a whole different level.

Sachin-Jigar’s music is fine. “Don’t Be Shy Again” is played in the end credits while ‘Pyaar To Tha’ comes at a critical juncture. ‘Na Gori’ (Jaani, music by B Praak) is missing from the film. Sachin-Jigar’s background score Although much better than his songs.Also, in a crucial scene, the music turns into a serious form that brings laughter.

Anuj Rakesh Dhawan’s cinematography is neat and captures the small areas of the city well. Preetisheel Singh’s make-up and prosthetics are superb. Sheetal Sharma’s costume is commendable. Mayur Sharma’s production design adds to the authenticity. Hemanti Sarkar’s editing is excellent. The film is only 130 minutes long and seems stretched only in some places, that too in the second half.

Overall, Bala not only entertains throughout the film, but also delivers an important message, which will surely be grabbed by the audience. The film is sure to do well at the box office due to its appreciation and brand Ayushmann. This film, which easily enters the 100 crore club, will prove to be a win-win deal for the makers.