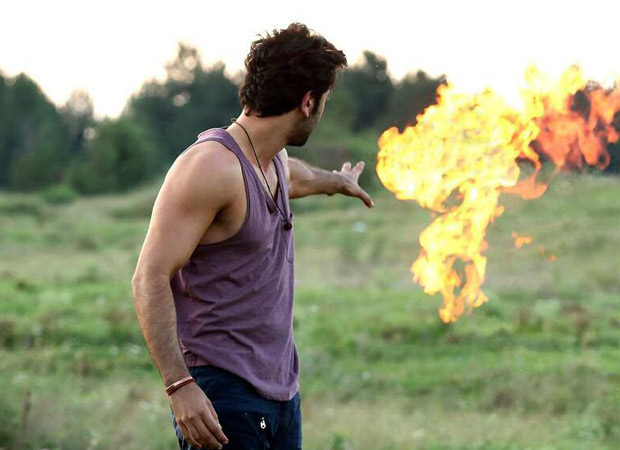 Ranbir Kapoor and Alia Bhatt’s sci-fi thriller film Brahmastra is one of the most awaited films. Karan Johar Production’s Brahmastra, which started in the year 2018, is finally ready. But before announcing the release date of Brahmastra, the makers are raising people’s curiosity for the film by posting some behind-the-scenes pictures of the film on social media. Recently director Ayan Mukerji has shared an unseen picture of Ranbir Kapoor’s character from Brahmastra which has piqued the curiosity of the audience.

Ayan Mukerji posted this picture of Ranbir from Brahmastra. In this picture, Ranbir is looking towards the fire which has piqued the curiosity of the audience. Posting this picture of Ranbir, Ayan Mukerji wrote, “The time feels right. I started this Instagram journey exactly two and a half years ago. A few months after the release of Brahmastra, then we needed more time to improve the film. For a few days the whole world had stopped. Through all this Brahmastra has been running every single day. Everyone’s love and dedication is needed. Now is the right time. It’s time to share something with Brahmastra. We can announce the release of the film soon.”

Even before this, the makers posted some unseen behind-the-scene pictures of Brahmastra on social media, in which apart from Ranbir and Alia, Amitabh Bachchan and Nagarjuna were also seen.

Although the makers had not yet announced the release date of Brahmastra, Bollywood Hungama had given an update about it a few days back. Brahmastra, directed by Ayan Mukerji, who has been hit by heavy VFX and Corona epidemic, may be released in theaters next year on 9 September 2022. The release date of the film will be around Ganesh Visarjan.

Since it is a heavy VFX film, the makers do not want to compromise on its VFX. If reports are to be believed, the work on VFX is going on in full swing and the team is very satisfied with the way the film has been made. Released on 9 September 2022, Brahmastra will get a solo release in theatres. Brahmastra is touted as one of the most expensive Bollywood films.