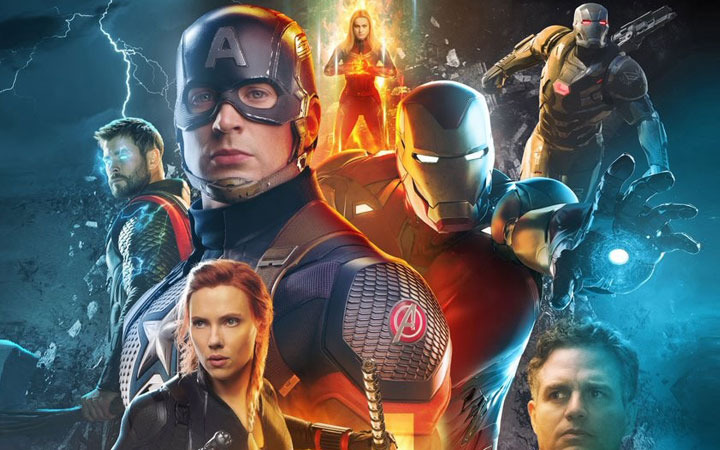 For the past decade, Marvel and Disney have entertained audiences with their superhero movies. These superhero films have since turned out to be the highest grossing films of all time. Every film in the Marvel Cinematic Universe sees huge audience gatherings in the theatres, which shows its tremendous fan following. And now after 22 films, the last film of this series has been released in theaters Avengers: Endgame. Its 22 films released in the last ten years had left some unfinished questions that are now a challenge for Avengers: Endgame to solve. So does this last film of the superhero series manage to live up to the excitement and expectations of the audience and answer their unresolved questions or will it just be a computer graphics film, let’s review.

Avengers: Endgame begins right from where Avengers: Infinity War ended. Earth’s mightiest heroes seem to be on the mend again after Thanos ends half the universe’s life. The film shows how each character overcomes the mental pressure and trauma, prepares for a comeback and unites to wage a war against Thanos. Whether the return of Captain Marvel in the previous film will prove to be a game changer and whether the Avengers will be able to unite to save the earth or a new evil force will put the remaining earth in danger, it is known only after watching the whole film.

Right from the start, the audience was hooked to the world of Avengers. Seeing them, he understood how superheroes deal with evil forces unitedly. However, the film moves at its own pace without spending much time on the subject. The film maintains the thrill despite being three hours long. Not once did the audience feel that how much time had passed. The film keeps the audience hooked even after bringing the turmoil of Infinity War to a calm and normal level.

If we talk about the film series running for more than a decade, then Avengers Endgame is one of the best films like any film in the Marvel Cinematic Universe. This is a happy ending to a series of 22 films. Be it writing, directing, acting or editing, every aspect has been managed with great excellence. Here, a special mention needs to be made to writers Christopher Marcus and Stephen McFeely, who have done a fantastic job with the character. Both Marcus and McFly have understood their characters very well and hence they have been able to bring life to the presentation of these characters or else keeping in mind all the incidents that happened in the last 22 films, without any fault in such an emotional and thrilling climax. It would have been difficult to present.

However, Avengers: Endgame cannot be called perfect as its plot and subplots seem to be confused due to repeated time travel to defeat Thanos and this is what confuses the audience. The time travel of the film is confusing and that is probably its biggest drawback. Now the biggest question arises here that, how do the Avengers manage the space-time continuum even when they travel in the past again and again. Like the films based on time travel, Endgame, although not using the clichéd formula, has introduced the rules of time travel in its own way. While it is certainly entertaining to watch, fans may end up with some unresolved questions in the end.

In terms of performances, Avengers: Endgame has each one of Robert Downey Jr., Scarlett Johansson, Chris Evans, Josh Brolin, Mark Ruffalo, Chris Hemsworth and others stunned with their stellar performances. Here, a special mention needs to be made for RDJ, which proves why he was the one Avenger who had the entire script of Endgame. The directors, Anthony and Joe Russo have also done a commendable job, as it ends an entire series, and Rousseau does full justice to it. The director duo has done a great job of incorporating the fantasy and fan theory that has evolved over the years. The twists of the film that keep you hooked, the action sequences that enthrall and amaze you all make this film extremely thrilling and entertaining.

Along with great storytelling, brilliant direction and outstanding performances, the ease with which Avengers: Endgame’s live action sequences are portrayed by computer-generated imagery (CGI) stuns. Apart from this, the background score of this film gives a new dimension to every movement on the screen. The music of the film works to increase your excitement. The editing of the film deserves a special mention, as the ease with which it merges the past and the present into one timeline does not leave the audience confused in the slightest.

Overall, Avengers: Endgame is a fitting end to a decade-long journey. Seeing the climax of the film, the audience will say ‘Dil Maange More’, but it is certain that the audience will not be able to forget the experience of this film soon. This thriller movie is definitely a must watch which will leave you stunned. Seeing the tremendous fan following that has already started late night in select cities, Avengers: Endgame is all set to create new records at the box office in India.