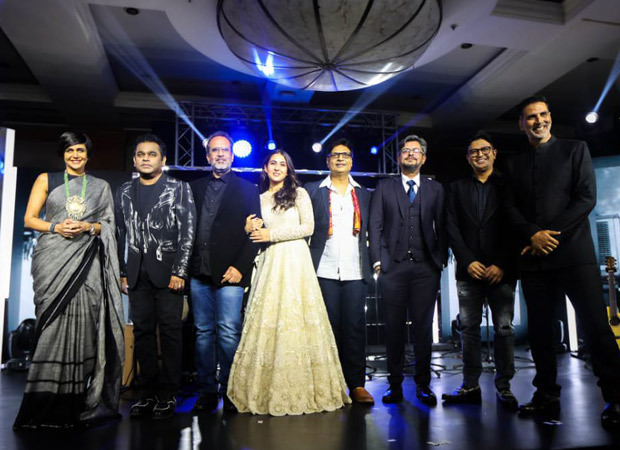 Atrangi Re launches its music album with an exclusive concert with the legend, AR Rahman | Akshay Kumar, Sara Ali Khan and AR Rahman launch the music album of Atrangi Re – Bollywood News in Hindi

Atrangi Re’s music has been climbing the music charts in the country since the inception of Chakachak. Today, Reet Zara Si from Atrangi Re, a romantic and soulful song made its internet debut and has become one of the favorite songs of the audience. While Chaka Chak and Reet Zara Si have already created quite a stir on the internet, the stage is now set for the rest of the songs. Adding to the excitement of Atrangi Re’s music, the makers have roped in music maestro A.R. The film’s album was launched at a grand concert by Rahman. Set to release on December 24 exclusively on Disney+ Hotstar, the film promises to be a Christmas treat for the family audience. 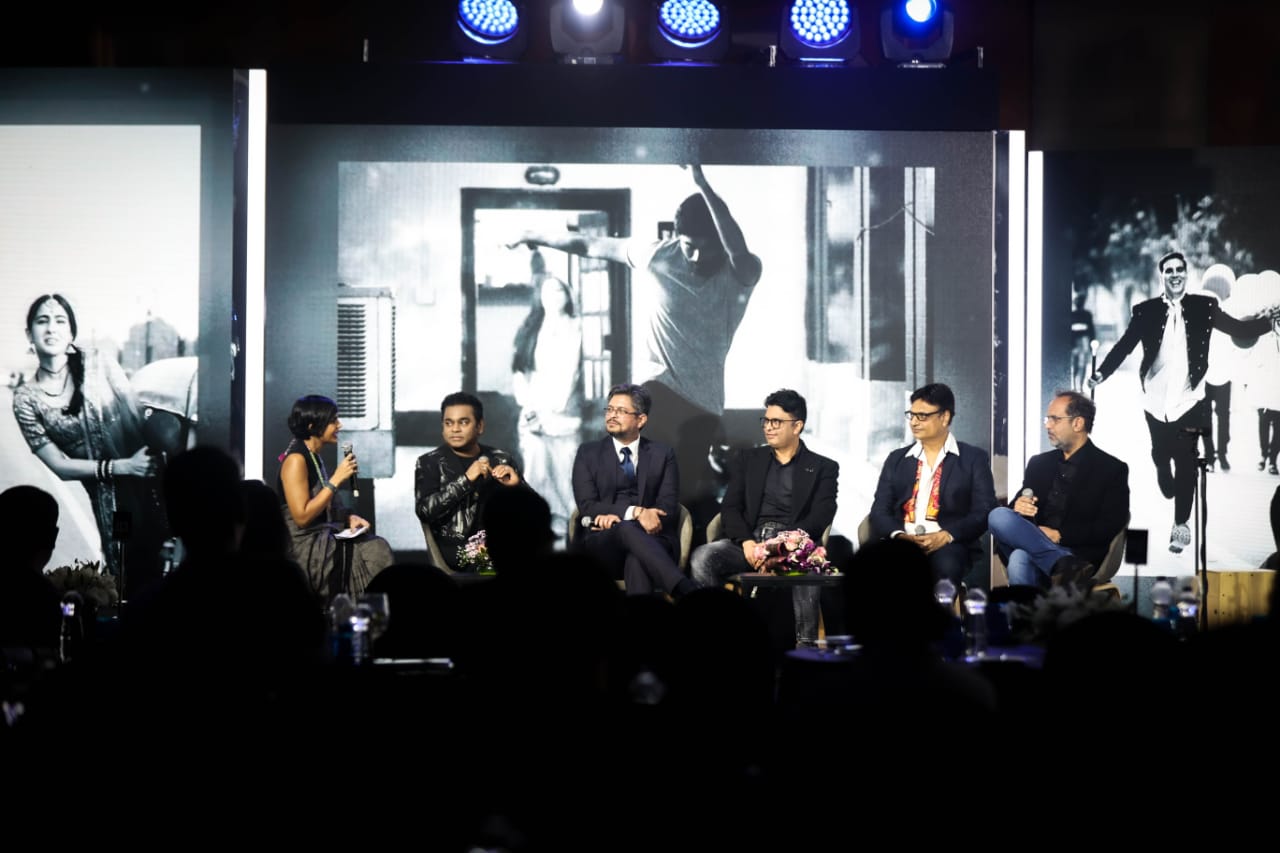 A soul-stirring composition by AR Rahman with soulful lyrics by Irshad Kamil, the film’s music gives us a local taste of India and its energy – upbeat, quirky, full of zing, diversity, intense and truly atrangi. Songs like Garda, Chaka Chak, Tere Rang, Little Little, Tumhari Mohabbat, Reet Zara Si and Toofan Si Kudi have been sung by the best singers of the industry. Atrangi songs have been sung by Shreya Ghoshal, Arijit Singh, Daler Mehndi, Haricharan Seshadri, Hiral Viradiya and Shasha Tirupati. In fact, Atrangi star Dhanush has also sung ‘Little Little’ from the album. The Atrangi Re album will be an original album with songs in both Hindi and Tamil. 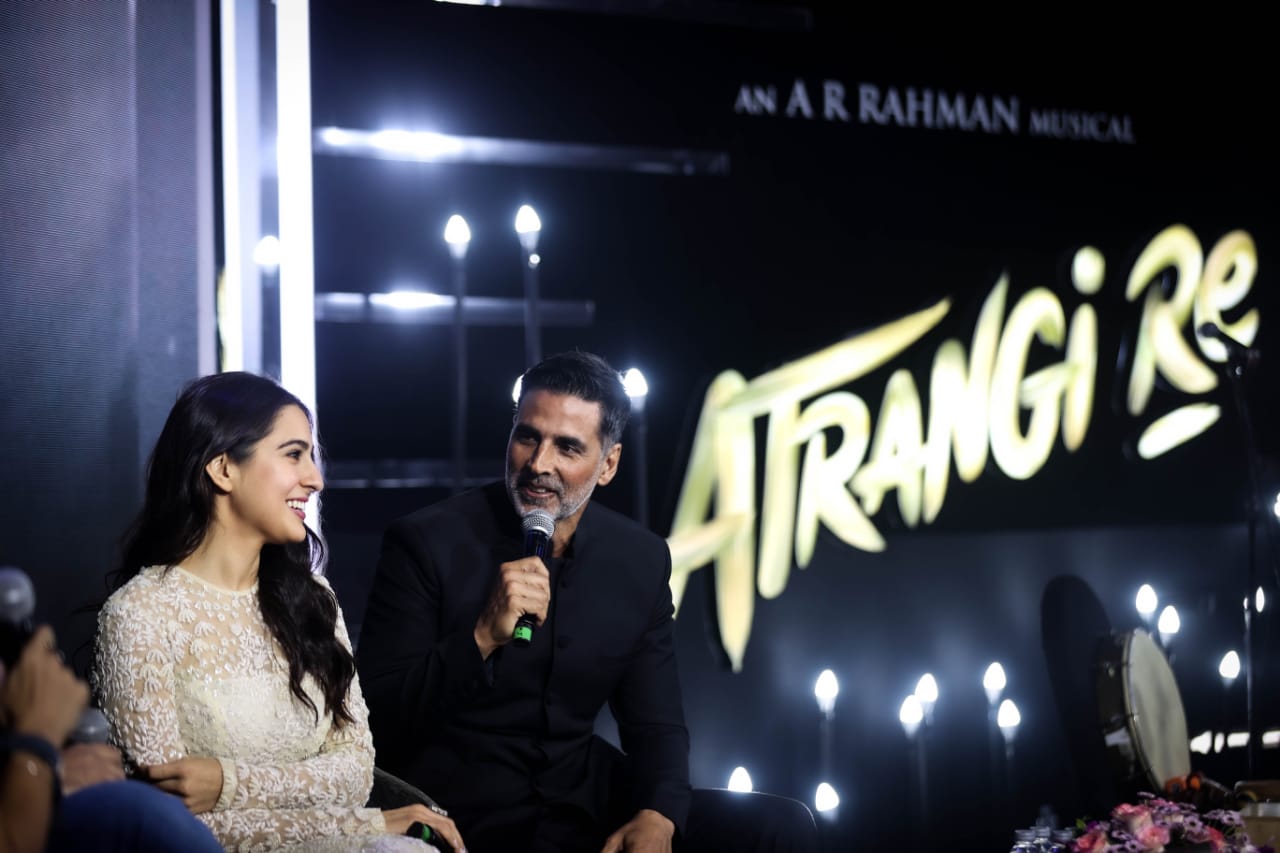 About the music launch of Atrangi Re, AR Rahman said, “When a film and the plot of the film revolve around India, the music should move along with the story, and should reflect the mood and emotions of the characters. Stories like Atrangi Re give us a chance to try out some different music.My best wishes to the entire team along with Aanand L Rai, Bhushan Kumar, Akshay Kumar, Sara Ali Khan and Dhanush.

Speaking about the music in the film, Bhushan Kumar, Producer of Atrangi Re said, “The film’s music celebrates India as we know it. It is a mind-blowing composition by AR Rahman and resonates north and south. A perfect example. We hope you enjoy the music in the film.” 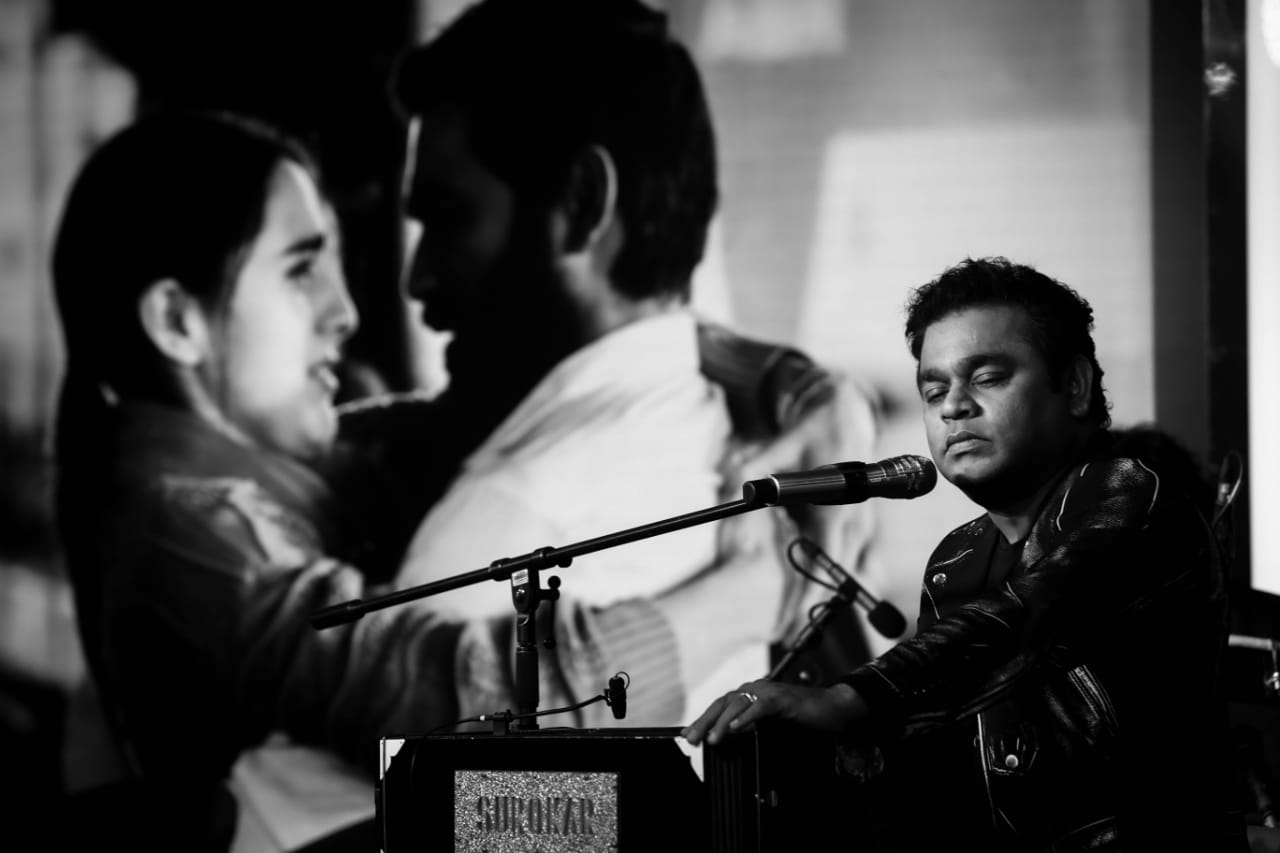 Filmmaker Aanand L Rai of Atrangi Re commented on the launch of the music album and said, “An honest confession, I am very sensitive about Rahman sir’s songs. I would have kept all the songs exclusively for myself if given a chance. You feel so proud that there is a whole magic book in front of you. Every song is like a different color and at the end you see a beautiful soulful rainbow.”

Known as the king of small town tales, Aanand L Rai’s dream directorial venture Atrangi Re will once again bring India together through its music, storytelling, casting and performances. Any Aanand L Rai directed music album is always clocked at chart-topping numbers. Aanand L Rai and AR Rahman have previously created magic with music in films like Raanjhanaa. And Atrangi Re is not going to be any different.