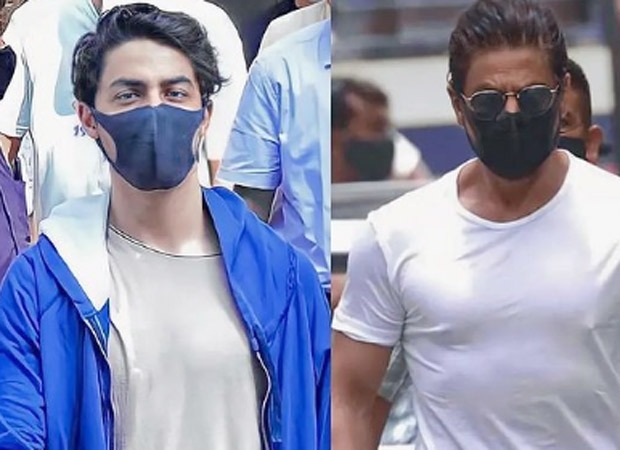 Films News > Blog > Bollywood News > Aryan Khan reached Mannat at his home after 28 days after being released from jail, Shahrukh Khan arrived to pick up Aryan with the whole convoy
Bollywood News

Aryan Khan reached Mannat at his home after 28 days after being released from jail, Shahrukh Khan arrived to pick up Aryan with the whole convoy

Shahrukh Khan’s son Aryan Khan was released from jail after a long wait. Shahrukh Khan himself reached Arthur Road Jail to pick up Aryan Khan with his convoy. Aryan Khan got bail on 28 October from Bombay High Court in drugs case but due to paperwork it took him 2 days to be released. Aryan reached his home Mannat after full 28 days. There is a wave of happiness in Bollywood too after Aryan, who was arrested at the high profile cruise drugs party, was released from jail and everyone is congratulating the Khan family for the same.

Aryan came out of Arthur Road Jail at 11 am. Shahrukh Khan himself had reached Arthur Road Jail to pick up Aryan. Shahrukh’s Range Rover car was parked at the jail gate and Aryan left the jail gate and sat straight in the car. Shahrukh’s convoy reached Mannat i.e. his house in about half an hour i.e. 11.30 pm via Lilavati Hospital. Here they are welcomed by singing and fireworks. At the same time, a crowd of fans has gathered outside Mannat, which the police are ready to keep under control. After Aryan’s coming out of jail, his fans have jumped with joy. Shahrukh’s fans had reached outside Mannat with the poster.

Let us tell you that Aryan got bail from the Bombay High Court on October 28 itself, but till 5.30 pm on Friday, the order of his release could not reach the jail authorities. Because of this, Aryan could not come out of jail on Friday. Lawyer Satish Manshinde himself had left for Arthur Road Jail with bail papers from the NDPS court, but he got delayed in reaching. So it took 2 days for Aryan’s release.

Bail granted on these conditions

The bail box of Arthur Road Jail was opened at 5.30 am today, after which Aryan’s bail papers reached inside the jail. At the same time, Arbaaz’s friend Arbaaz will be released by evening.

The accused shall not indulge in the same offense again.

– Will not leave the country without the prior permission of the court.

– Will not make any statement on social media or media about the proceedings.

Will be present in NCB office every Friday between 11 PM to 2 PM to record attendance.

– Appear in court on all dates unless prevented by any just cause.

– Will go to NCB office when called.

There should not be any attempt to delay the case.

-If any of these conditions are violated, NCB may directly apply to the NDPS Court for cancellation of bail.

Passport will have to be handed over to the Special NDPS Court.