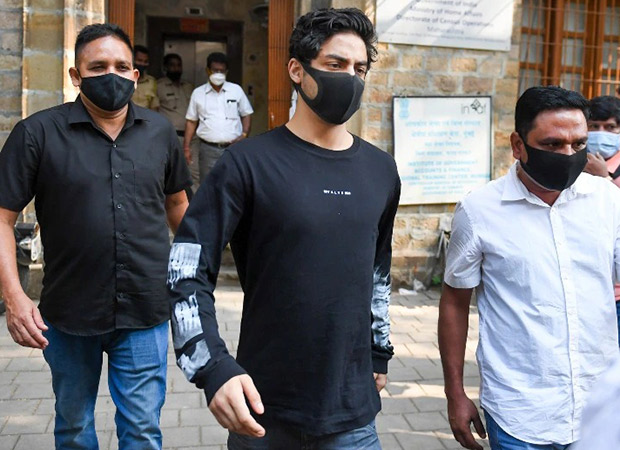 Films News > Blog > Bollywood News > Aryan Khan got a big relief in the drug case, from now on he will not have to attend the NCB office every Friday
Bollywood News

Aryan Khan got a big relief in the drug case, from now on he will not have to attend the NCB office every Friday

Shahrukh Khan’s son Aryan Khan has got another big relief after getting conditional bail in the Mumbai cruise drugs case. While Aryan was granted bail in the Mumbai cruise drugs case on the condition that he will have to appear in the NCB office every Friday, Aryan has now got rid of it. Now Aryan will not have to go to the NCB office every Friday to attend. However, the court has also directed that whenever the Delhi SIT summons, Aryan will have to appear before the team for questioning.

Attending the NCB office every Friday was one of the 14 conditions written on his bail order. To get this condition changed, Aryan had approached the Bombay High Court recently. According to the petition filed by Aryan in the Bombay High Court seeking amendment in the bail, the amendment seeks to remove the attendance at the NCB’s office every Friday for every Friday. Aryan’s lawyer Amit Desai and NCB’s lawyer Shriram Shirath were present in the court regarding this matter.

Aryan’s petition was heard in the Bombay High Court on Wednesday afternoon. Advocate Amit Desai, appearing for Aryan, argued, “We are seeking amendment in the matter of Friday’s attendance. Now nothing is happening here. He can call them whenever he wants. The Mumbai branch of NCB is also not active in the case after the matter went to the SIT.

Amit Desai also argued in the court that they will fully cooperate with NCB, Aryan will go there whenever they want. But now whenever Aryan has to go to the NCB office, a large number of police arrangements are made. We want them to do other jobs in the city of Mumbai where they are needed the most. There was not much opposition to this amendment from the NCB. Advocate Shriram said that they want Aryan to co-operate and be it Mumbai or Delhi, he should come when called.

After hearing the arguments of Aryan and NCB, Justice NW Sambre approved the demand for amendment. According to the amendment, NCB will have to give 72 hours notice to Aryan Khan before summoning him. On the other hand, Aryan will have to inform the NCB before going to any other place outside the city.

Let us tell you that according to the conditions imposed by the court for bail, Aryan cannot leave the country without permission. He has handed over his passport to the NDPS court.