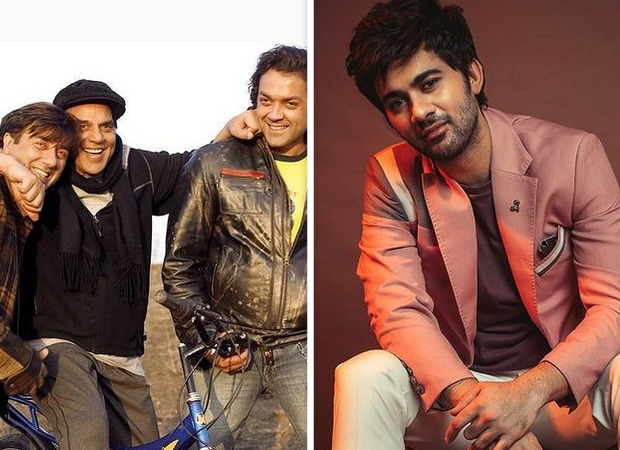 Films News > Blog > Features > Apne 2 will always be special as it brings the three Deol generations together: Anil Sharma | Director Anil Sharma is excited to bring together three generations of the Deol family in Apne 2 – Bollywood News in Hindi
Features

Apne 2 will always be special as it brings the three Deol generations together: Anil Sharma | Director Anil Sharma is excited to bring together three generations of the Deol family in Apne 2 – Bollywood News in Hindi

In 2007, Anil Sharma’s film Gadar-Ek Prem Katha was India’s most-watched film. And now Anil Sharma has got a chance to bring the entire Deol family together in Apne 2. Veteran actor Dharmendra and his superstar sons Sunny Deol and Bobby Deol were seen together for the first time in the film Apne. The ticket counters used to be crowded to see this film. The film was a blockbuster full of action and emotion. Now Karan Deol is also going to join this wonderful trio. Apne 2 is the first film in which all the three generations of the Deol family will be seen together.

Three generations of Deol family will be seen in Apne 2

Till date, Anil Sharma is the only director who has not only worked with all the three Deols but also delivered superhit films with each of them individually and together. Though the trio worked together in a few other films as well, none of the films could create as much magic as theirs.

Anil Sharma said, “I have always had a wonderful time working with Dharam ji. I have also worked with Sunny and Bobby and now going to work with Sunny’s son Karan. The Deols have always been like family to me and we have always entertained the audience with family driven films. Apne 2 will always be special as it is bringing three generations together.”

Producer Deepak Mukut says, “Soham Rockstar Entertainment has always advocated full family drama, which is equally entertaining and meaningful. Taking this forward, we will release Apne 2 next Diwali, which will mark the first film of the three generations of the Deol family together.”

Soham Rockstar Entertainment Pvt Ltd is helmed by its 2 Dharmendra, Sunny Deol, Bobby Deol and Karan Deol. Directed by Anil Sharma and produced by Deepak Mukut, the film is slated to release on Diwali in 2021.