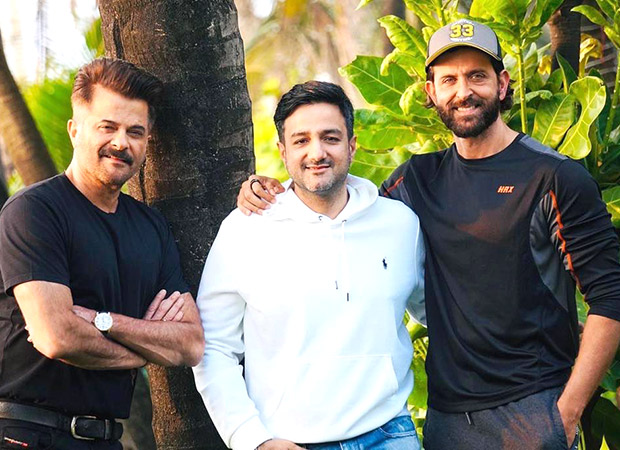 Sharing a picture with Anil on Twitter, Hrithik wrote, “I want to say Happy Birthday to the person I grew up seeing. Please accept my congratulations Anil sir. While assisting you on the sets, I have finally got a chance to work with you. I am looking forward to sharing the screen with you in Fighter.”

Responding to Hrithik’s tweet, Anil Kapoor wrote, “Thank you so much Hrithik. I am also happy to be a part of the film Fighter.

The story of Fighter will be seen revolving around the spirit of patriotism. While the high dose of action will be available in the film, romance will also be seen in abundance. In this, Hrithik will be seen in the role of an Airforce pilot. It will be a pan India film which will release in Tamil, Telugu and Malayalam languages ​​apart from Hindi. The budget of the film is said to be around Rs 250 crore. It is believed that it will be one of the most expensive and biggest action films of Bollywood. International level action scenes will be seen in this large scale film.

Where earlier Hrithik’s Fighter was scheduled to release on 30 September 2022, now it has been postponed. Fighter’s new release date is now 26 January 2023. Hrithik and Deepika’s Fighter will be released in theaters on the Republic Day of 2023. Viacom18 Studios, Mamta Anand, Ramon Chibb, Anku Pandey and Siddharth Anand will jointly produce the film.