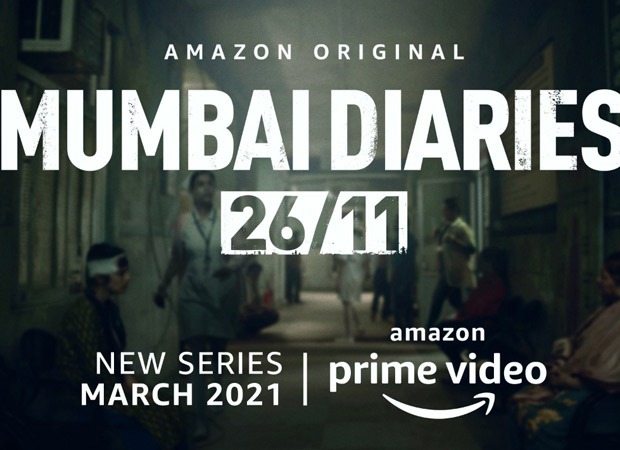 The Amazon Original Series pays tribute to the heroes fighting on the front lines as well as celebrates the eternal human spirit. The Mumbai Diaries 26/11 series, produced by Nikkhil Advani and Aime Entertainment, pays tribute to the bravery of the heroes who fought at the frontline and faced unprecedented crisis at the time of the terror attack on the city. Adorned by the performances of Konkona Sen Sharma, Mohit Raina, Tina Desai and Shreya Dhanwantri, the series will present the unheard story of doctors, nurses, para medical and hospital staff. The series will be launched on Amazon Prime Video in March 2021.

On the 12th anniversary of the horrific Mumbai terror attack, Amazon Prime Video has saluted the bravery of the heroes fighting the frontline terrorists and released the first look of its upcoming Amazon Original Series Mumbai Diaries 26/11. Produced by Nikkhil Advani and presented by Aime Entertainment, this medical drama series will feature Konkona Sen Sharma, Mohit Raina, Tina Desai and Shreya Dhanwantri in lead roles. The series is directed by Nikhil Gonsalves along with Nikkhil Advani. The series will premiere on Amazon Prime Video in March 2021. Mumbai Diaries 26/11 was produced in the backdrop of the terrorist attack on 26 November 2008. The series is made in the hospital. The series narrates the untold story of doctors, nurses, paramedical staff and hospital workers who tirelessly worked to save the lives of those injured in the Mumbai terror attack. Mumbai Diaries 26/11 will be launched on Amazon Prime in 200 countries and territories.

Aparna Purohit, Head, India Originals, Amazon Prime Video, said, “That dreadful night of 26th November has left a mark in the mind of every Indian. Mumbai Diaries pays tribute to the security personnel, martyrs and their families who fought terrorists on the frontline during the 26/11 city attack, who risked their lives to save the lives of others. We are launching the first look of this series as a tribute to the bravery and sacrifice of the security personnel and other employees. The show salutes the never give up spirit of Mumbai. We are delighted to partner with Nikhil Advani, one of India’s finest directors, to present the unheard story of 26/11.

Talking about the theme of the show, Nikkhil Advani says, “We Mumbaikars often discuss where we were on that fateful night when this devastating event shook the entire city. Many shows and films have been made on this incident so far, but none of the shows or films raised the side of hospitals during this attack. With this medical drama, we aim to celebrate the victory of human spirit in times of unprecedented danger. We in this series would appreciate the good work done by the brave doctors who worked tirelessly to save the lives of the injured during the terror attack keeping in mind the sensitivity of the issue.”