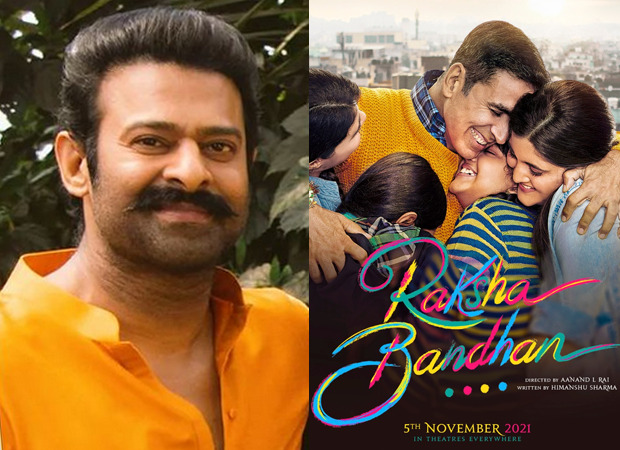 The Maharashtra government has approved the opening of cinema halls in the state from October 22. With the same, the filmmakers are announcing the release dates of their films one after the other. One such film is director Om Raut’s Ramayana based film Adipurush. Prabhas and Saif Ali Khan’s Aadipurush will be released in cinemas on the occasion of Independence Day in the year 2022. Along with this, the film Raksha Bandhan directed by Aanand L Rai will also be released in theaters during this time. Akshay Kumar and Bhumi Pednekar’s Raksha Bandhan will hit the theaters on 11 August 2022. In such a situation, it is believed that on the occasion of 2022 Independence Day, there will be a tough fight between Prabhas’s Aadipurush and Akshay Kumar’s Raksha Bandhan at the box office window.

With the opening of theaters in Maharashtra, the makers of Adi Purush and Raksha Bandhan have booked the 2022 Independence Day release. Since there will be a long vacation time during this time, it is believed that these films will get a good amount of time to earn at the box office window.

Prabhas and Saif Ali Khan starrer film Aadipurush will be released in theaters on 11 August 2022. In this film, Prabhas will be seen in the role of Lord Ram, Kriti Sanon as Sita Maa, Sunny Singh Laxman and Saif Ali Khan as Lankesh. The shooting of the film has started.

Even though Adi Purush and Raksha Bandhan are releasing in theaters on 11th August 2022, the genre of both the films is quite different from each other. While Aadipurush is a mythological drama film, Raksha Bandhan is a feel-good family drama.