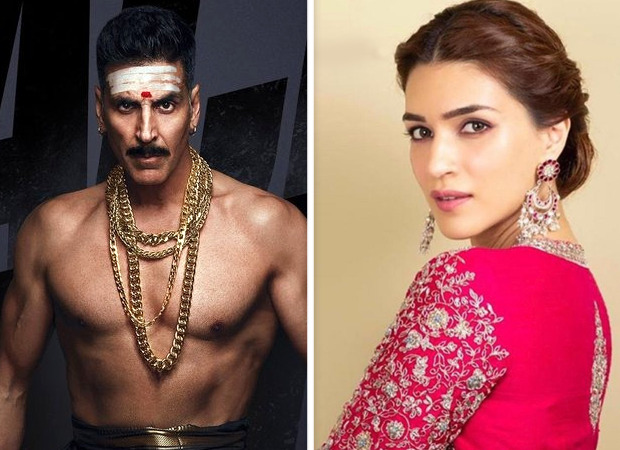 Films News > Blog > Bollywood News > Akshay Kumar will have a different look in Bachchan Pandey with the help of prosthetics, will start shooting with Kriti Sanon from January 2021
Bollywood News

Akshay Kumar will have a different look in Bachchan Pandey with the help of prosthetics, will start shooting with Kriti Sanon from January 2021

Akshay Kumar has been a busy person. After wrapping up the shooting of Bell Bottom in Scotland in August, the actor has resumed work on his upcoming period drama Prithviraj at City Studios. At the same time, before this year ends, Akshay Kumar will end Aanand L Rai’s love story Atrangi Re and begin the new year with his fourth film amid the coronavirus pandemic. Akshay Kumar will soon start shooting for Sajid Nadiadwala’s Bachchan Pandey from January which will continue till March. This is the actor’s 10th collaboration with his producer-friend.

Akshay Kumar will finish shooting of Bachchan Pandey for 2 months

A source reveals, “Akshay will soon fly to Jaisalmer in charter along with actress Kriti Sanon, director Farhad Samji and the rest of the unit members for a marathon schedule of 2 months during which they will shoot in real locations. Last month, the production team has taken all the necessary permissions and all government guidelines have been taken into consideration and the shooting location has been finalised.” Akshay, Sajid, Kriti and Farhad’s previous collaboration, the 2019 period-comedy Housefull 4 was also shot in the Golden City and the source reveals that several crew members of the film are also involved in Bachchan Pandey.

All protocols of covid protection will be followed carefully

The entire team will stay together at Suryagarha Hotel and some indoor sequences will be shot there. The film also has some elaborate action sequences and teams from across the country will join the crew for that shooting schedule. Bachchan Pandey begins shooting with Heropanti 2, the first two films from Sajid Nadiadwala Productions and the filmmaker has roped in a special team, including doctors from Mumbai, to ensure that all COVID safety protocols are meticulously followed. is being followed.

“As part of the SOP issued by the government to create a ‘no-contact set’, the film’s team will undergo an extensive workshop. All the cast and crew members will have to undergo a mandatory COVID test by the end of December and the crew will be quarantined for three days before the shoot. Two doctors will fly from Mumbai to Jaisalmer with the crew and they will be posted at the shooting site. A special medical room will be set up in Jaisalmer and each location will be sanitized a day before the shoot.” The source told

The source further added, “Akshay is looking for another interesting script. Prosthetics will be used in their get-up, a glimpse of which was seen in the last poster that surfaced in January 2020. The film will include an interesting ensemble cast and many acclaimed actors are expected to join the cast in a matter of days. Also, one more actress will be a part of this film and the makers are considering two-three names; The dates are being worked out.”