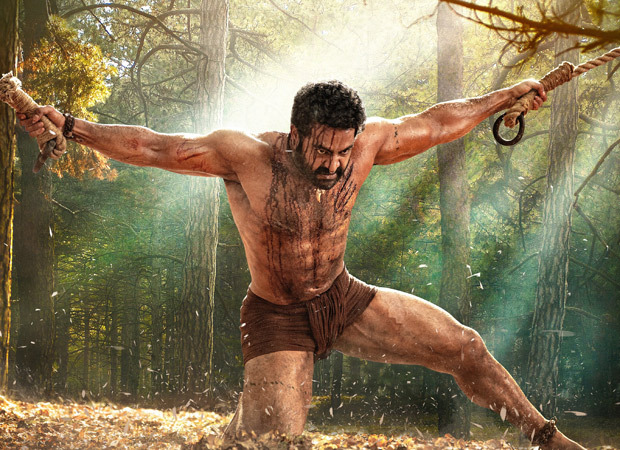 Ahead of RRR trailer releasing in 3 days, Jr NTR is here to leave your MIND BLOWN | Jr NTR’s new look released from RRR before the trailer, showed his fearless style in six pack abs – Bollywood News in Hindi

Ever since SS Rajamouli announced his next pan-India film RRR, the excitement for its release is at its peak. This is the reason why it is one of the most awaited films at the national level. After announcing the release date, the makers have released a new poster of the film featuring Jr NTR as Komaram Bheem, giving us a small glimpse of what to expect from the actor in the film. can be done .

The new RRR poster shows the fearless, blood-soaked Bheem in six pack abs tied with ropes while the backdrop features Ramcharan’s face in the RRR symbol. The makers have started the countdown to the trailer with an impressive poster release.

Earlier, the makers have released two songs of the film. ‘Janaani’ is a soulful song that will wake up the patriot in you and the second song ‘Nacho Nacho’ shares a small glimpse of the relationship seen between revolutionary, Alluri Sitarama Raju and Komaram Nozam from Hyderabad.

RRR is a fictional story about two Indian revolutionaries, Alluri Sitarama Raju and Komaram Bheem, who fought against the British Raj and the Nizam of Hyderabad respectively. Also, not much information has been disclosed, such as the character of Ajay and Alia, even the song Janani doesn’t paint a clear picture about the film or their characters.

Since it will be an emotional story full of action and drama as well as the scale at which it has been created is so vast that the makers want the audience to enjoy the visuals in the theatre. RRR includes a star-studded lineup apart from lead actors Ram Charan and Jr NTR. Ajay Devgn, Alia Bhatt, Olivia Morris will be seen in pivotal roles while Samuthirakani, Ray Stevenson and Alison Dodi will be seen in supporting roles.

Jayantilal Gada (Pen Studios) has acquired theatrical distribution rights across North India and has also purchased worldwide electronic rights for all languages. Pen Marudhar will distribute the film in the North Territory.